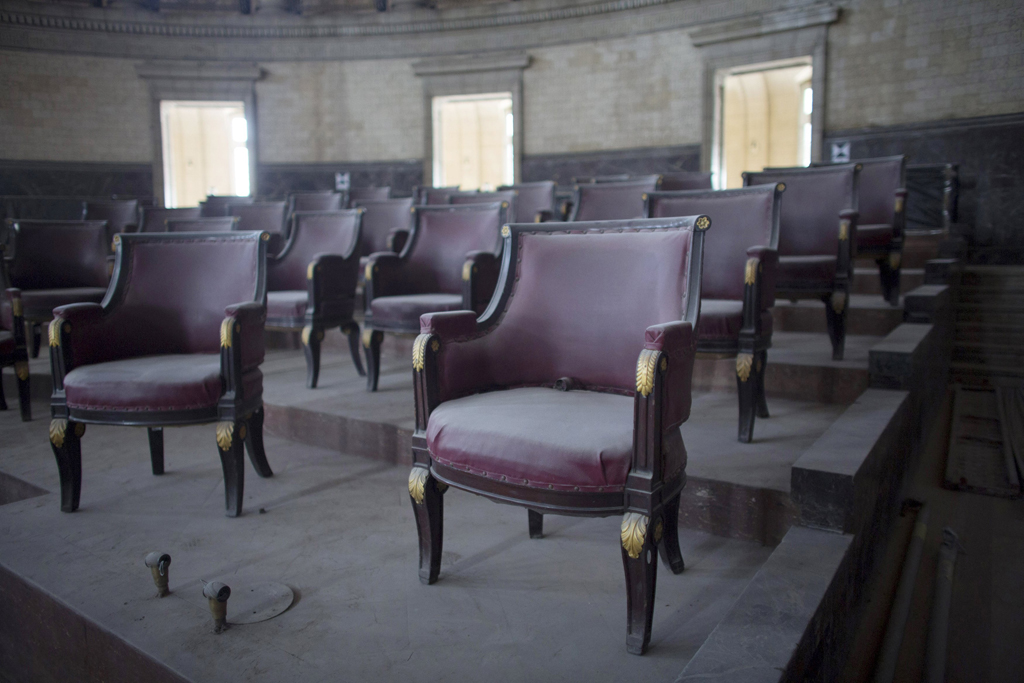 Chairs are seen at the Senate in Cuba's Capitol, or El Capitolio as it is called by Cubans, in Havana July 9, 2015.

HAVANA - Cubans are once again touring their Capitol, an imposing structure previously shunned as a symbol of U.S. imperialism but now undergoing renovation and set to reopen as the new home of the Communist government&39;s National Assembly.

Built in 1929 to house Cuba&39;s Congress, it was swiftly repurposed after the 1959 revolution along with other buildings, such as the presidential palace, seen as testament to corrupt governments too cozy with the Americans.

"It symbolized at that time a continuation of something they wanted to erase," said Jorge Cisneros, one of the principal architects of the restoration.

Most recently used for the Science and Technology Ministry, it is now experiencing renewed appreciation as Cuba and the United States are set to restore long-severed diplomatic relations on July 20.

A group of about 20 Cubans toured the echoing halls of the dust-laden neoclassical marvel on Thursday, the first regularly scheduled tour since a painstaking restoration began in 2010.

(Pictured above: Chairs are seen at the Senate in Cuba&39;s Capitol, or El Capitolio as it is called by Cubans, in Havana July 9, 2015. Image: REUTERS/Alexandre Meneghini)

Architects declined to put a date on reopening or when the National Assembly will have its first session there, nor would they reveal the cost, which Cisneros said was being covered by the Cuban government.

Since taking over for his ailing brother Fidel in 2008, Cuban President Raul Castro has improved relations with Cuba&39;s former Cold War enemy, quietly putting an end to "anti-imperialist" rallies outside the U.S. interests section, the building that will be upgraded to an embassy on July 20.

"It&39;s been a while since Cuba has been changing. The U.S. has arrived very late," said Iraida Lopez, a Cuban-American visiting the Capitol from New Jersey whose family left the island in 1968 after her father&39;s business was nationalized.

Tours are limited to small, organized visits as part of summer cultural programming through the Office of City Historian, which is behind the restoration of crumbling historic Havana.

Built 103 years after the Capitol in Washington, the Cuban building&39;s dome is 12 feet (3.7 meters) taller at 300 feet (92 meters) and has a distinctly different floor plan. Its design is tailored to Cuba&39;s tropical weather, such as multiple patios to maximize air circulation.

Cisneros defended the pace of the project.

"The renovation of the White House, which can fit eight times into this building, took four years (ending in 1952)," Cisneros said. "The Capitol in Washington, where they only restored the dome area, took two years, and those workers had air conditioning."