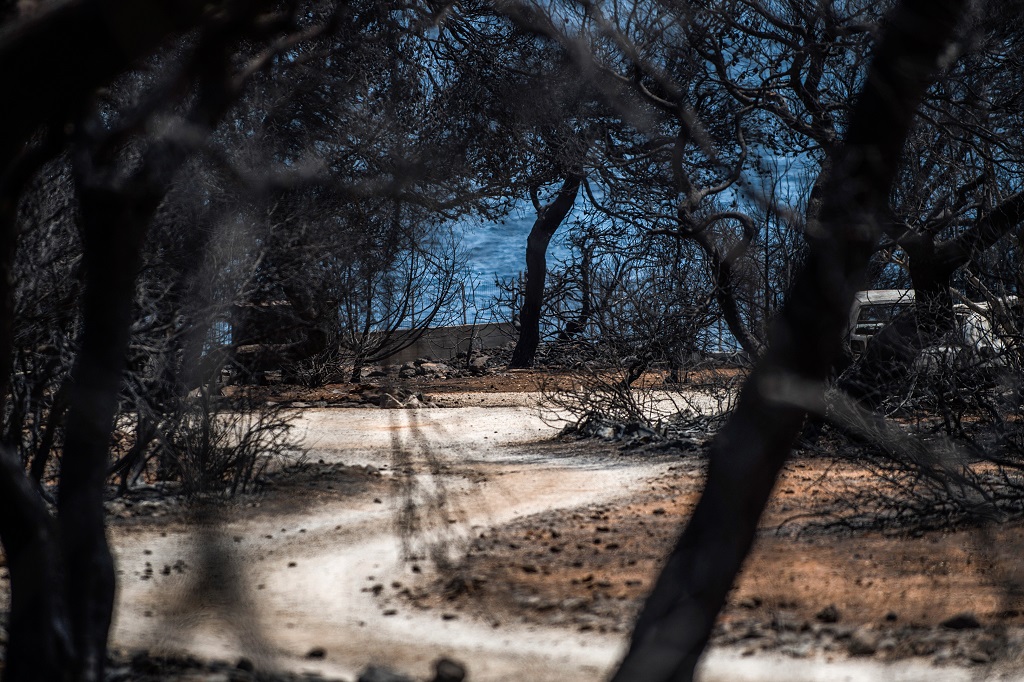 File: A picture taken on July 28, 2018 shows the outside of a villa in Mati, near Athens, where three children and their grandparents were found dead after Greece's worst wildfires killed 88, many of them children, on July 23.

ATHENS - A woman has died in hospital taking the death toll from Greece&39;s worst wildfires to 88, many of them children, officials said Saturday.

The unnamed woman in her 40&39;s had been in hospital since fire ravaged the seaside village of Mati, east of the capital Athens, on Monday.

The Health Ministry said a dozen other people remained in hospital with serious injuries.

Forensics experts have faced a difficult task trying to identify the bodies of those who perished, many completely charred.

A private detective employed by one family which lost three children and their grandparents told reporters Friday night that nine-year-old twins Sophia and Vassiliki had been identified.

They were found wrapped in the embrace of their grandparents among 26 bodies outside a villa near the sea at Mati.

Greek Prime Minister Alexis Tsipras said Friday he assumed "political responsibility" for the tragedy as a bitter debate raged over who was to blame.

The opposition earlier accused the government of refusing to take responsibility after it said arson was suspected.

Officials citing information from satellite maps have said that 13 fires broke out Monday at the same time across the Attica region.

At a cabinet meeting broadcast live, Tsipras said he wanted "to assume completely before the great Greek people the political responsibility for this tragedy".

"I believe that is what the prime minister and the government should do," he added.

The government has come in for strong criticism over its response to the disaster despite a 40-million-euro relief fund.

Experts have said that a mix of poor urban planning, including a lack of proper access routes and the construction of too many buildings next to combustible forest areas, contributed to what were Europe&39;s worst wildfires this century.

The fires struck coastal villages popular with holidaymakers and burned with such ferocity that most people fled to the safety of the sea with just the clothes on their backs.