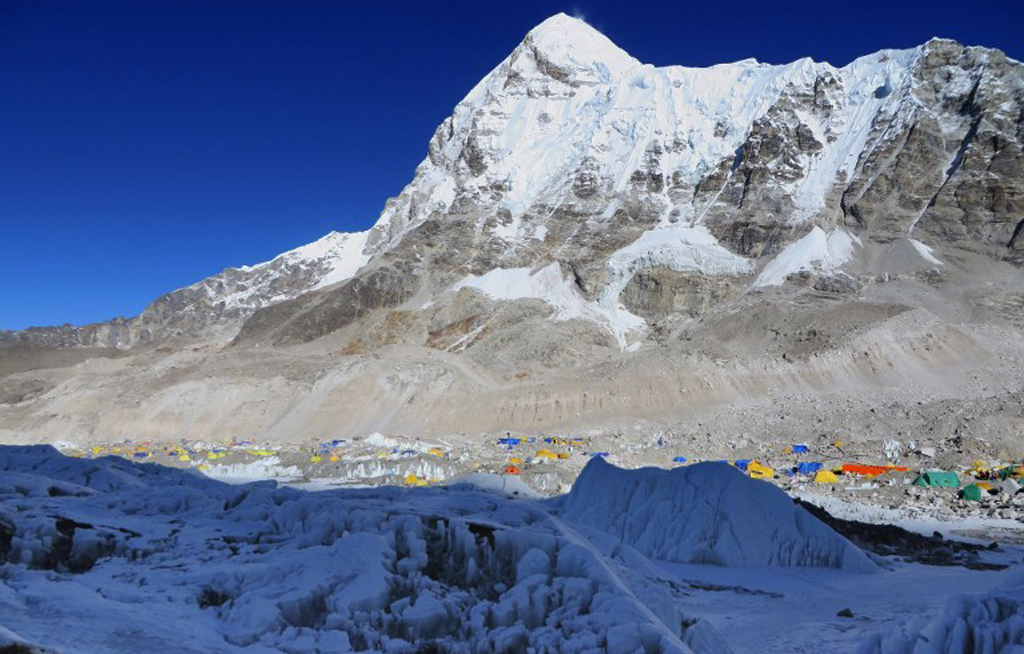 KATHMANDU - A major earthquake in Nepal on Saturday unleashed an avalanche on Mount Everest, killing at least ten people and raising fears for other climbers on the world&39;s highest peak, a tourism ministry official said.

The avalanche buried part of the base camp for climbers bound for Everest, according to Gyanendra Shrestha at the ministry in Kathmandu. "The toll could go up, it may include foreigners as well as sherpas (guides)," he said.

April is one of the most popular times to scale Everest, before rain and clouds cloak the loftiest Himalayan mountain at the end of next month.

Measuring a potentially devastating 7.9 magnitude, the quake struck west of Kathmandu on Saturday and flung tremors through northern India, causing buildings to collapse.

The death toll from the strongest quake to hit Nepal for 81 years rose to 688, most in the Kathmandu Valley and including 181 in the capital, Nepalese interior authorities said.

Romanian climber Alex Gavan said on Twitter that there had been a "huge avalanche" on Everest and "many, many" people were up on the mountain. "Running for life from my tent," he said.

Another climber, Daniel Mazur, said Everest Base Camp had been "severely damaged" and his team was trapped.

http://t.co/1tDxlXU6Az : WE FELT THE EARTHQUAKE ON THE NORTH SIDE BUT HAVE NO DAMAGE AND ALL ARE SAFE

"Please pray for everyone," he said on his Twitter page.

Mohan Krishna Sapkota, joint secretary in the Nepalese tourism ministry, said the government was struggling to assess the damage on Everest because of poor phone coverage.

"The trekkers are scattered all around the base camp and some had even trekked further up," Sapkota said. "It is almost impossible to get in touch with anyone."

Choti Sherpa, who works at the Everest Summiteers Association, said she had been unable to call her family and colleagues on the mountain. "Everyone is trying to contact each other, but we can&39;t," she said. "We are all very worried."

An avalanche in April 2014 just above the base camp killed 16 Nepali guides.