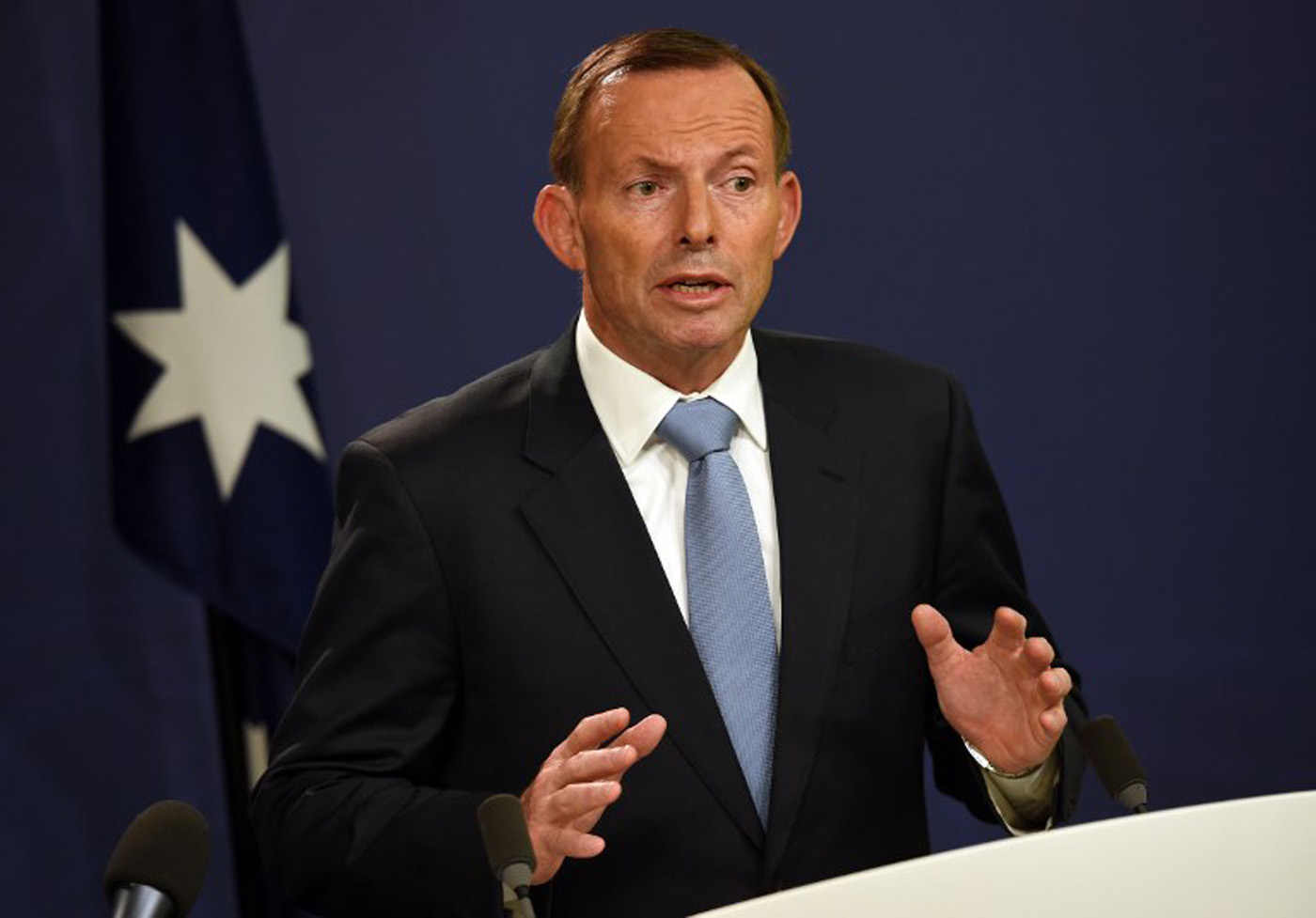 Australia's Prime Minister Tony Abbott speaks to the media in Sydney on April 18, 2015, after five teenagers were arrested in Melbourne for planning an Islamic State-inspired terrorist attack.

His comments followed a statement by Ambassador Nadjib Riphat Kesoema acknowledging the strain the executions had placed on relations between the neighbours.

"The Indonesian people and government express our sympathies to the families and friends of the deceased," Kesoema said.

Abbott recalled Australia&39;s ambassador to Indonesia, Paul Gibson, in protest against the execution of Sukumaran and Chan, who faced a firing squad, along with six drug convicts from several countries, shortly after midnight on Wednesday.

"It&39;s a sign that decent people in Indonesia appreciate the anger that Australians feel at these cruel and unnecessary deaths and it&39;s a sign that in time the good and strong friendship between Australia and Indonesia can be resumed," Abbott told reporters in Canberra on Friday.

Chan&39;s family returned to Sydney on Friday, but his body has yet to be released from a mortuary in Jakarta.