Dozens dead in IS attacks on southern Syria: monitor 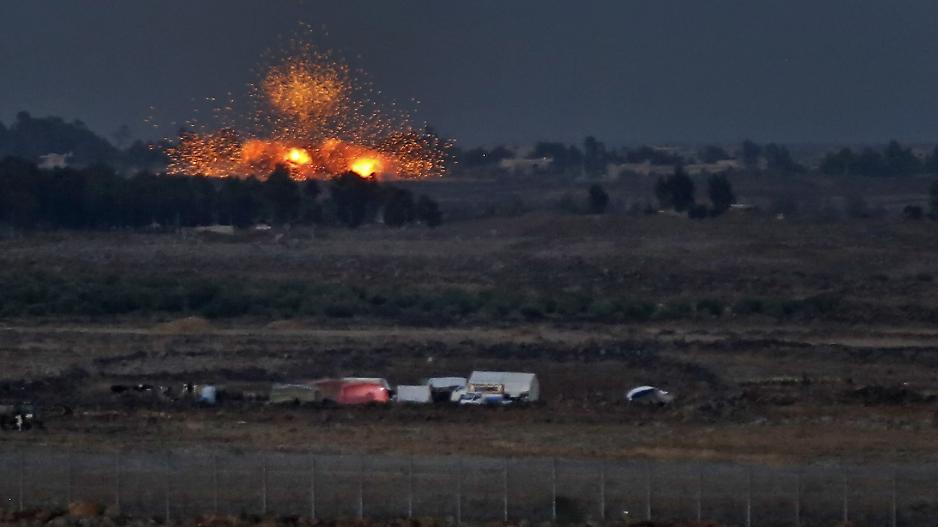 File: Several explosions caused by aerial bombardment across the border in Syria during air strikes.

BEIRUT - A string of suicide attacks in Syria by the Islamic State group has killed at least 40 people, mostly pro-regime fighters, in one of the jihadists&39; deadliest operations in months, a war monitor said Wednesday.

"Three bombers with explosive belts targeted Sweida city alone, while the other blasts hit villages to the north and east," said the Syrian Observatory for Human Rights.

Rami Abdel Rahman, the head of the Britain-based Observatory, said the group then followed up with further attacks, seizing three of the seven villages it had targeted.

He said 26 pro-government fighters had been killed and more than 30 people wounded in the attack on populated areas close to Sweida city.

State television also reported casualties in villages to the north and east, adding that the army was "targeting positions of the Daesh (IS) terrorist group" Sweida province&39;s eastern countryside".

Abdel Rahman said unidentified warplanes were also targeting IS fighters in the area.

Clashes raged on Tuesday between regime troops and IS jihadists on the northern edges of the border town of Saida, the Observatory said.