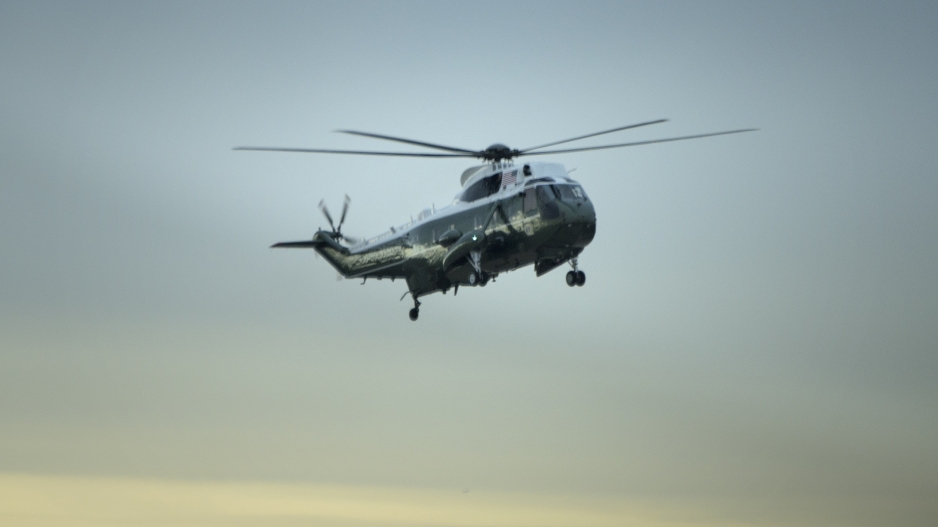 Marine One with US President Donald Trump on board, lands at Dover Air Force Base in Dover, Delaware, for the dignified transfer of Navy Seal Chief Petty Officer William "Ryan" Owens who was killed in Yemen on 29 January.

ADEN, Yemen – A drone strike killed four suspected members of Al-Qaeda in south Yemen on Wednesday, a security official said, as the United States intensifies air raids on jihadists in the war-torn country.

Two missiles hit a vehicle on the outskirts of the town of Mudiyah in Abyan province, killing all four people inside, the official said.

Since March 2, the US has launched dozens of strikes against Al-Qaeda in the Arabian Peninsula targets in Abyan and the neighbouring provinces of Shabwa and Baida.

In the first three days of the strikes at least 22 suspected AQAP fighters were killed, security officials and tribal sources have said.

More than two years of civil war in Yemen between government forces and Shiite rebels who control the capital have created a power vacuum which AQAP has exploited to consolidate its presence in the south and east.

Washington regards AQAP as the jihadist network's most dangerous arm and says that in recent months it has been plotting attacks on the West.