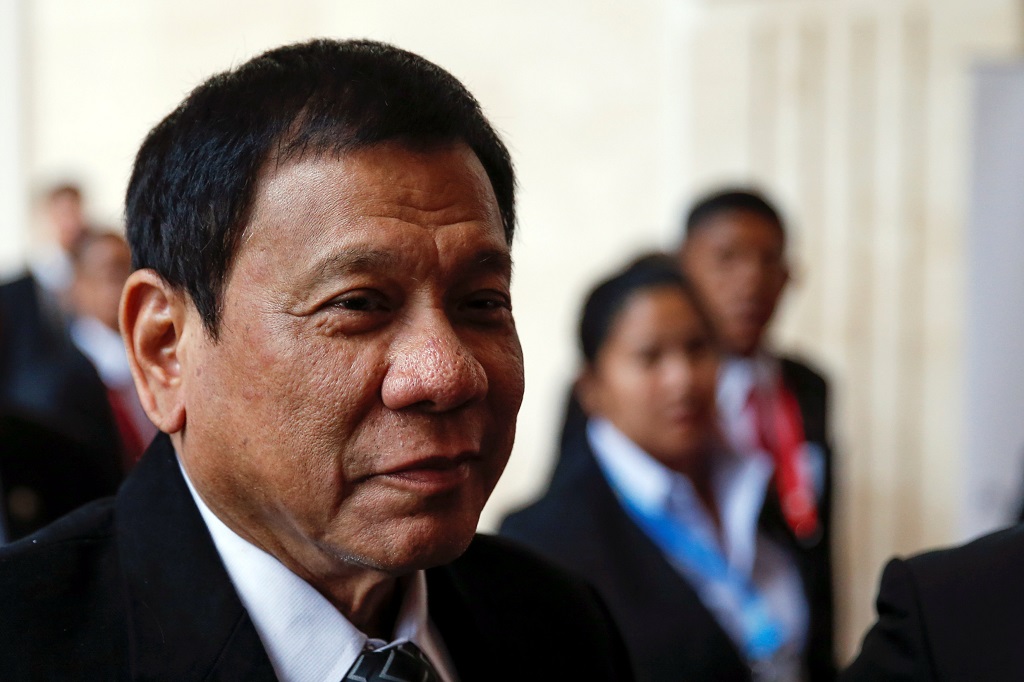 MANILA – Philippine President Rodrigo Duterte has said he personally killed suspected criminals when he was mayor of a southern city to set an example for police.

Duterte made the comments in a speech late on Monday night to businessmen as he discussed his campaign to eradicate illegal drugs, which has seen police and unknown assailants kill thousands of people since he became president on June 30.

After speaking about police killing suspects during the current crime war, Duterte said he led similar efforts when he was mayor of Davao, the major southern city that he ruled for most of the previous 20 years.

"In Davao I used to do it personally. Just to show to the guys (police) that if I can do it why can't you," Duterte said in his speech at the presidential palace.

"And I'd go around in Davao with a motorcycle, with a big bike around, and I would just patrol the streets, looking for trouble also. I was really looking for a confrontation so I could kill."

READ: 'We are at war': Duterte's enforcer has no regrets about killings

Duterte, 71, also responded to criticism from human rights groups and US President Barack Obama about his anti-crime tactics, vowing he would not be intimidated by their criticism into stopping.

In a speech to expatriate Filipinos during a state visit to Cambodia on Tuesday, Duterte joked that as mayor of Davao he would go on missions with police and shoot blindly at criminal suspects.

"I (would) sometimes go along with them. If you say I shot someone, maybe I did. I was closing my eyes because I am scared of firing a gun," said Duterte, a lawyer and former state prosecutor.

Duterte has variously denied and acknowledged involvement in the death squads.

But he easily won presidential elections in May after promising to roll-out his Davao law-and-order policies across the nation.

He pledged that 100,000 people would die in the crackdown and that so many bodies would be dumped in Manila Bay that fish there would grow fat from feeding on them.

Since taking office in late June, police have reported killing 2,086 people in anti-drug operations. More than 3,000 others have been killed in unexplained circumstances, according to official figures.

Often masked assailants break into shanty homes and kill people who have been tagged as drug traffickers or drug users. Rights groups have warned of a breakdown in the rule of law with police and hired assassins operating with complete impunity.

Duterte has insisted that police are only killing in self-defence and gangsters are murdering the other victims.

But he has also said he will not allow any police to go to jail if they are found guilty of murder in prosecuting his crime war.

Surveys show a majority of Filipinos continue to support the charismatic Duterte and his crime policies, accepting his argument that drastic action is required to stop the Philippines from becoming a narco-state.

In October, Duterte compared himself to Adolf Hitler and said he would be "happy to slaughter" three million drug addicts.

He later apologised for the Hitler reference but said he was "emphatic" about wanting to kill the millions of addicts.

In September, a self-confessed Davao death squad member told a Senate hearing into the drug war that then-mayor Duterte personally gunned down a justice department agent and ordered the murders of opponents.

The confessed hitman, Edgar Matobato, said one of the victims was fed to a crocodile.

Duterte's aides denied the claims, sought to discredit Matobato and orchestrated the removal of the president's chief political opponent as chair of the Senate hearing.

END_OF_DOCUMENT_TOKEN_TO_BE_REPLACED

Diego Maradona, a divine talent with more than a touch of the devil