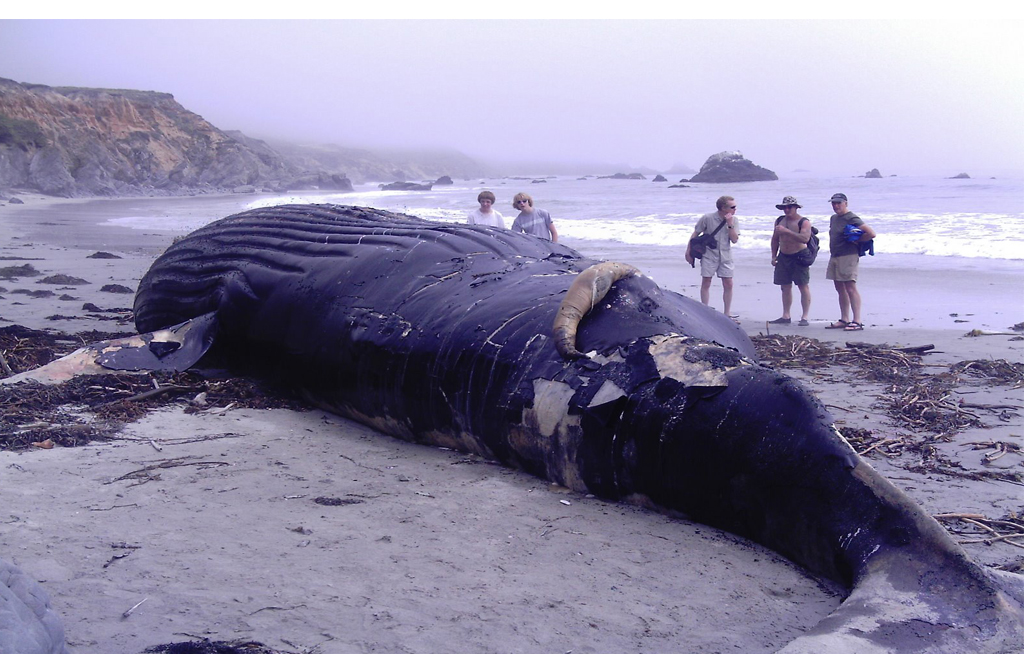 Last year, scientists were shocked when more than 300 whales turned up dead on remote bays of the southern coast, the first in a series of grim finds.

At the start of this year, a surge in algae in the water choked to death an estimated 40,000 tons of salmon in the Los Lagos region, where the Andes Mountains tower over lakes and green farming valleys down to the coast.

That represents around 12 percent of annual salmon production in Chile, the world&39;s second-largest producer of the fish after Norway.

This month, some 8,000 tons of sardines washed up at the mouth of the central Queule River while thousands of dead clams piled up on the coast of Chiloe Island.

The authorities blamed a "red tide" of algae and banned fishing in the affected region, putting thousands of fishermen out of work.

Hundreds of angry fishermen and their families have blocked the roads onto Chiloe from the mainland with burning tires since Monday, demanding the government increase the $150 (R2,241)monthly grants it has given them to cope with the emergency.

"Who can live on 100,000 pesos?" protest leader Zoila Bustamante said Wednesday. "What a joke!"

"It affected bivalve populations (such as clams) that had never before been exposed like this" to the algae, he said.

On the shores of Santa Maria Island off the center of Chile&39;s long coast, cuttlefish have washed up dead in the thousands.

Various beaches in the center of the country were closed, meanwhile, as specimens of the dreaded Portuguese Man-of-War jellyfish, normally foreign to the area, floated nearby.

With its 4,000 kilometers (2,485 miles) of Pacific coastline, Chile is particularly exposed to the effects of El Nino, which strikes every few years.

"We think that a common factor in the deaths of creatures in southern Chile, in the salmon farms and in fish off the coast is the El Nino phenomenon," said the Chilean fisheries institute IFOP .

The current El Nino "has been classed as one of the most intense in the past 65 years," it added.

Warmer sea water can lead to greater quantities of algae, which kill other species by consuming oxygen in the water or filling it with toxins.

"The Chilean ocean is shifting and changing," said Sergio Palma, an oceanographer at Valparaiso Catholic University.

"There has been a series of events that indicate an El Nino which is making its presence felt in many ways."

But scientists also suspect other causes for the mass destruction of sea creatures.

The huge toll of whales last year "could be caused by a natural ecological process" that may be nothing to do with what killed the sardines and clams, said Laura Farias, an oceanographer at Concepcion University.

"There is no ecological, oceanographic or climatic explanation" linking the whales to the other incidents, she said.

She suspects the growth of fish farming in Chile&39;s southern Patagonia region is to blame for killing the salmon and clams.

"There are studies indicating that in Patagonia, the greater occurrence of toxic blooms could be a consequence of aquaculture."

Various scientists have said the current El Nino seems to be subsiding, causing the sea&39;s surface to slowly cool.

The mass destruction of sea life has provided a wake-up call, however.

"Chile still lacks information about the sea," said Valesca Montes, a fisheries specialist at the Chilean branch of the World Wildlife Fund.

"It has to invest in oceanographic studies, so that we can predict certain events" and better prepare for climate change.