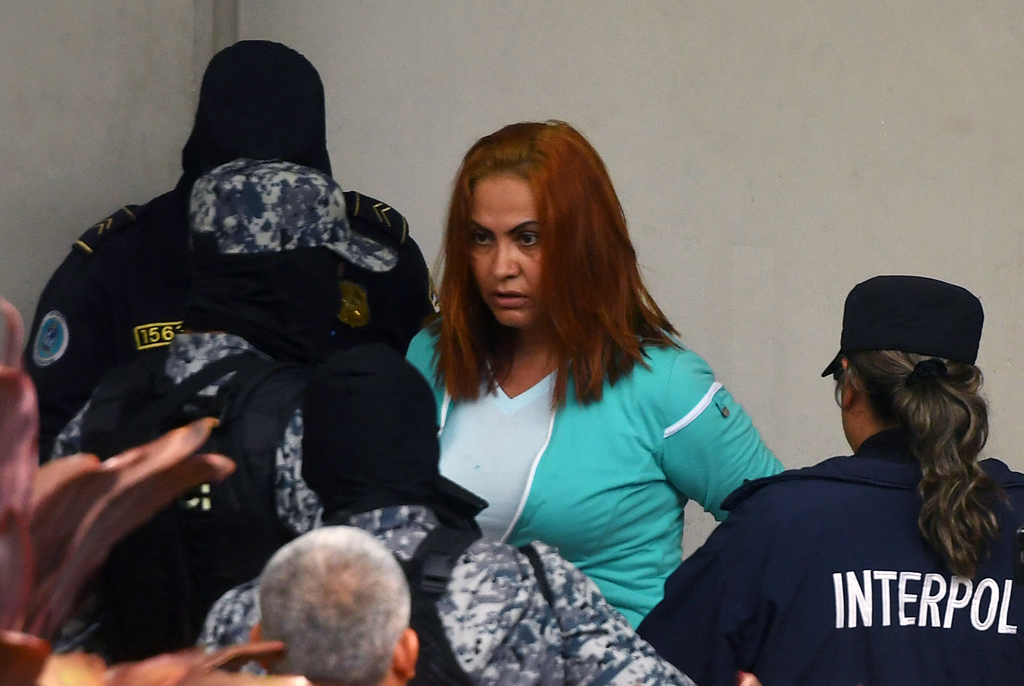 Marixa Lemus (L), alias "La Patrona," from Guatemala is escorted by police as she is presented to the media after her arrest for allegedly heading a criminal network involved in kidnapping and murder, in San Salvador on May 25, 2017.

GUATEMALA - Security forces in El Salvador on Thursday captured the female leader of a hit-squad-for-hire two weeks after she escaped from a Guatemalan prison where she was serving a 94-year sentence, officials said.

Marixa Lemus, a 45-year-old Guatemalan who went by the nickname "The Boss," was arrested in the west of El Salvador near the Guatemalan border.

She had dyed her hair blond "to try to avoid being identified," Guatemalan Interior Minister Francisco Rivas told reporters.

Lemus had escaped her military-run prison north of Guatemala City on May 11.

She was sentenced to her lengthy term in March 2015 for heading a gang that specialised in abductions and contract killings.

The group was notably accused of carrying out a bomb attack on December 13, 2013 against the mayor of the southeast town of Moyuta, which failed to harm its target.

After her jailbreak, several guards who were supposed to be watching her were arrested, the prison warden was sacked and a nationwide search launched.

Lemus had tried to escape once before, from a women's prison in May last year, but police caught her hiding in woodland nearby.

She still faces trial on charges of ordering the murder of her husband in 2013.