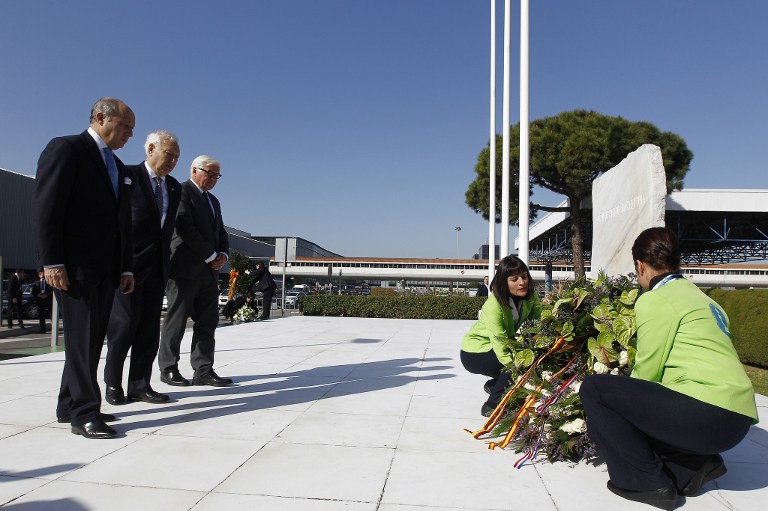 BARCELONA - The foreign ministers of France, Spain and Germany paid tribute on Monday to the victims of the Germanwings crash in the French Alps at Barcelona airport, where the flight took off last month.

The Germanwings flight from Barcelona to Duesseldorf crashed in the French Alps on March 24, killing all 150 people on board, including 75 German nationals and 50 Spaniards.

Co-pilot Andreas Lubitz is believed to have deliberately flown the plane into a mountainside.

The foreign ministers were in Barcelona to take part in a one-day gathering of top officials from European, North African and Middle Eastern nations to discuss development projects around the Mediterranean basin aimed at curbing the growth of terrorism.