Events since Trump's decision on Jerusalem 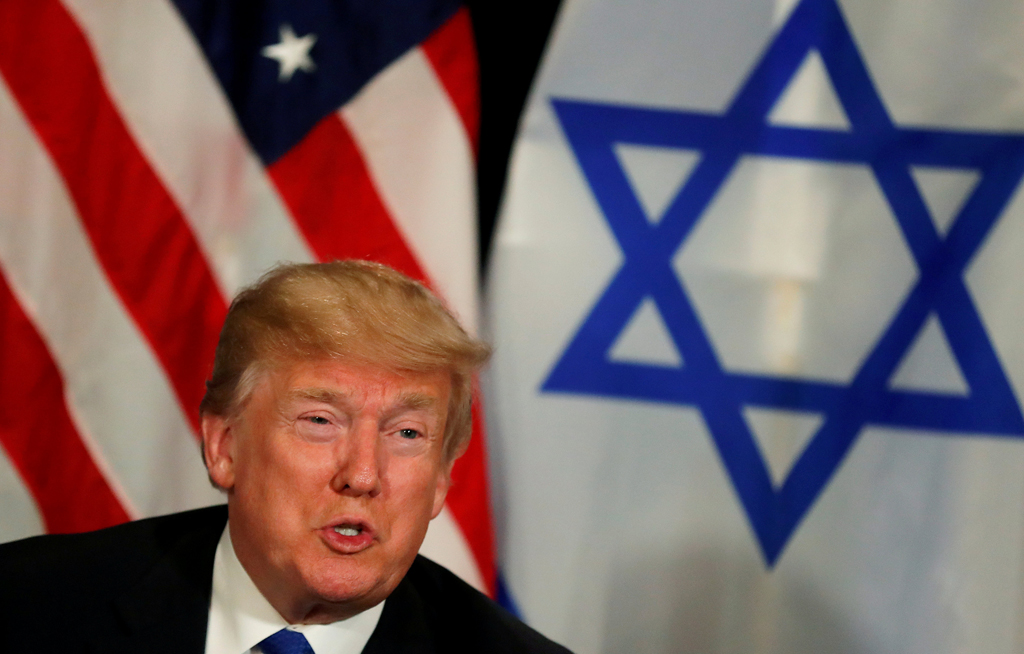 RAMALLAH, Palestinian Territories - Below are the main developments since the controversial decision by US President Donald Trump to recognise Jerusalem as Israel&39;s capital:

On December 6, 2017, Trump says "it is time to officially recognise Jerusalem as the capital of Israel", breaking with the policies of his predecessors and outraging Palestinian leaders.

The US initiative prompts a wave of criticism around the world, while Israel&39;s Prime Minister Benjamin Netanyahu hails Trump&39;s move as "historic".

On December 7, Palestinians clash with Israeli security forces and a general strike is broadly followed in the occupied West Bank and east Jerusalem.

On December 8, Palestinians are called to follow a "day of rage" in Jerusalem, the West Bank and Gaza Strip.

In their thousands, they face off against Israeli soldiers and police.

Demonstrations are held in several Arab and Muslim countries.

At the United Nations, envoys from Britain, France, Germany, Italy and Sweden say Trump&39;s move is "not in line" with UN Security Council resolutions.

On December 9, the Arab League calls on Washington to make a U-turn.

On December 13, Muslim leaders call on the international community to recognise east Jerusalem as the capital of a Palestinian state, at a summit of the Organisation of Islamic Cooperation in Istanbul.

On December 15, four Palestinians are killed in clashes with Israeli forces as tens of thousands demonstrate against Washington&39;s recognition.

A total of 18 Palestinians and one Israeli have been killed in violence since Trump&39;s declaration.

On December 18, the United States vetoes a draft UN resolution rejecting Trump&39;s recognition of Jerusalem, after all 14 other Security Council members back the measure.

The UN General Assembly on December 21 overwhelmingly adopts a resolution against the US declaration.

On December 24, Guatemala announces the transfer of its embassy to Jerusalem.

Slap of the century

On January 14, Abbas denounces White House peace efforts as "the slap of the century" and charges that Israel has "ended" the 1993 Oslo peace accords on Palestinian autonomy.

He reiterates the Palestinians no longer accept the United States as a peace mediator.

Palestinian leaders vote on January 15 to call for the suspension of their recognition of Israel, but an implementation of such a move remains in the hands of the Palestine Liberation Organisation&39;s executive committee.

On January 16, Washington holds back $65 million(R 770.13 million) that had been earmarked for the UN relief agency for Palestinian refugees, UNRWA.

US Vice President Mike Pence on January 22 receives a warm welcome in Israel but his visit to the region is snubbed by the Palestinians.

In a speech to parliament Pence pledges that the United States will move its embassy to Jerusalem "before the end" of 2019, while also urging the Palestinian leadership to "return to the table" for talks.

On January 25, Trump accuses Palestinians of disrespecting the United States and threatens to withhold aid worth hundreds of millions of dollars until they accede to US-brokered talks.

The Palestinians reject pressure from Trump. "Not meeting your oppressor is not a sign of disrespect; it is a sign of self-respect," senior Palestinian official, Hanan Ashrawi, says.