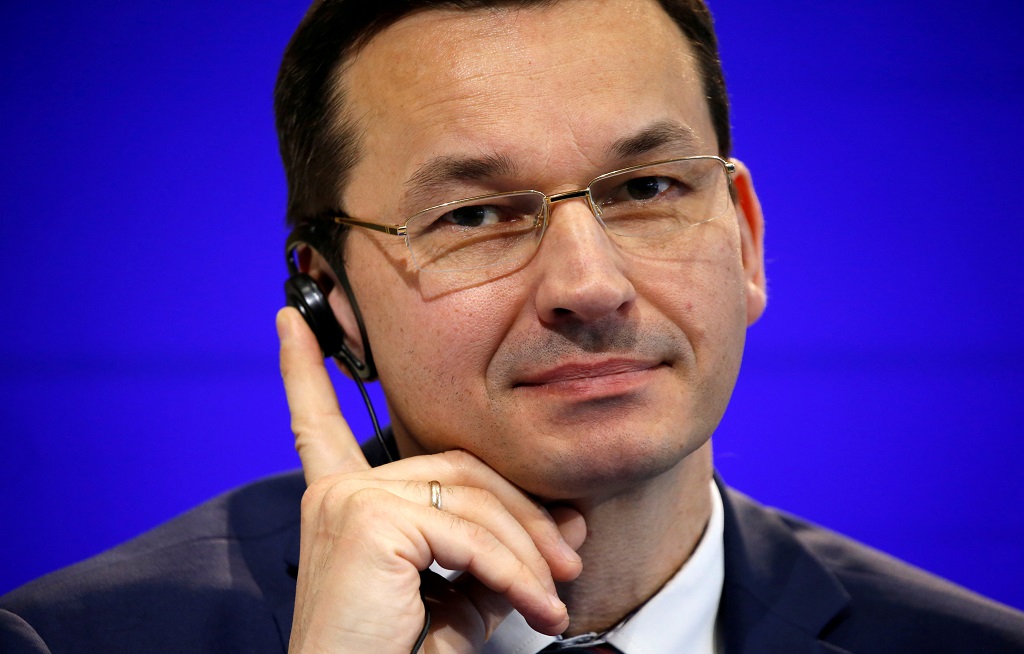 WARSAW – Polish Finance Minister Mateusz Morawiecki was sworn in as prime minister on Monday, replacing Beata Szydlo who will be his deputy in a rightwing government at odds with the EU over judicial reforms.

The governing rightwing Law and Justice (PiS) party tapped ex-banker Morawiecki, 49, as the administration focuses more on the economy and seeks to mend ties with Brussels.

"Our focus will certainly be the family, a safe family, decent employment and housing for as many people as possible," Morawiecki said at the ceremony at the presidential palace.

Morawiecki has retained the existing ministerial lineup and is easily expected to win a confidence vote due in the PiS-dominated parliament on Tuesday.

Senior PiS officials said that a cabinet reshuffle could come in January.

Since taking office in late 2015, the PiS has consistently topped opinion polls, buoyed by popular measures including a child allowance, a lower retirement age and wage hikes.

While the Western-educated Morawiecki has made a name for himself by taking on tax evasion, his critics contend that Poland can ill-afford generous social spending and warn the public debt is bound to soar.

Warsaw has come under heavy fire from Brussels for a string of judicial reforms that the bloc argues pose a "systemic threat" to the rule of law.

The EU has warned Poland it may trigger Article Seven of the EU&39;s treaties, the so-called "nuclear option" that freezes voting rights, over the previous reforms which had also sparked massive street protests and concern from the US State Department.

Poland’s Macron? The soon-to-be Prime Minister Morawiecki has 2 years until the next elections to show if he is a modernizing force https://t.co/9nOUgs77Jp pic.twitter.com/tgYfDJPY6x

The PiS government, which began making changes to the judiciary after coming to power in late 2015, insists the reforms are needed to combat corruption and overhaul the judicial system still haunted by the communist era.

Critics, however, allege the PiS is purging a judiciary it believes is stacked in favour of supporters of former liberal prime minister Donald Tusk, a political arch-rival who is now president of the European Council.

Polarising PiS leader Jaroslaw Kaczynski, the country&39;s most powerful politician and de facto decision-maker, had been tipped to take over from Szydlo as prime minister.

Opposition leaders insist that he will remain fully in charge of the government behind the scenes.