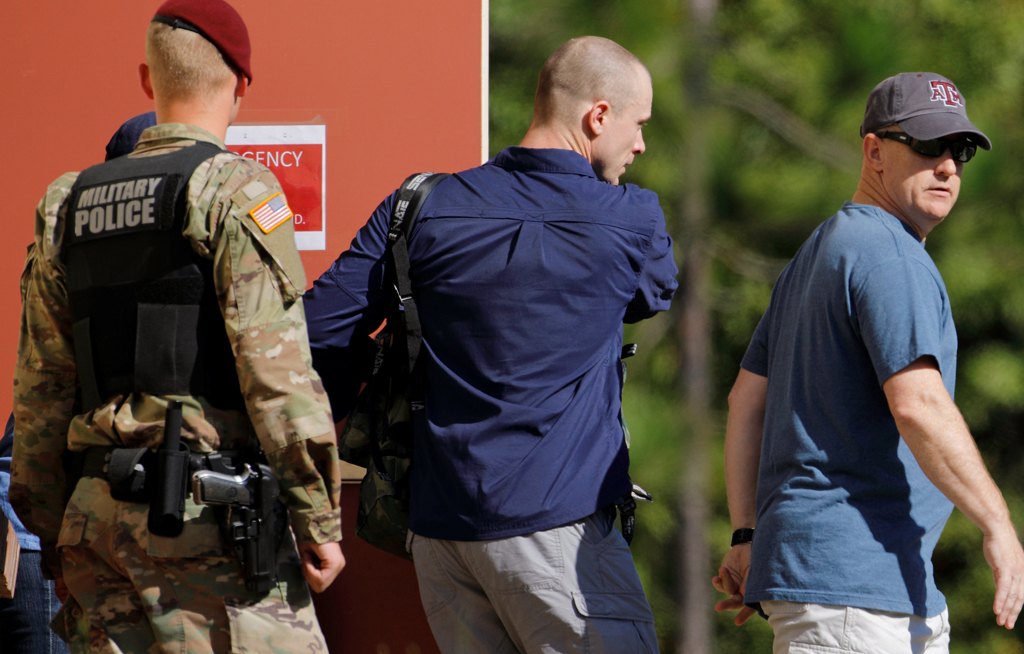 Bowe Bergdahl, who was demoted and dishonorably discharged from the US Army for abandoning his post in Afghanistan, wears civilian clothes as he is escorted out of the courthouse at the conclusion of his court martial at Fort Bragg, North Carolina.

WASHINGTON - Bowe Bergdahl, the US soldier and former Taliban captive branded a "traitor" by President Donald Trump, will serve no time in prison for deserting his post in Afghanistan, a military judge decided Friday.

After a politically charged trial that inflamed US divisions over the 16-year-old Afghan war, Colonel Jeffery Nance ordered Bergdahl to be dishonourably discharged, his rank slashed from sergeant to private, and that he pay a $10,000 fine.

Trump, who during last year&39;s presidential campaign repeatedly said Bergdahl should be executed, blasted the decision by the military court in Fort Bragg, North Carolina.

"The decision on Sergeant Bergdahl is a complete and total disgrace to our Country and to our Military," Trump tweeted from Air Force One, as he headed to Asia for a marathon trip of nearly two weeks.

Bergdahl had faced up to life in prison after pleading guilty to charges of desertion and endangering his fellow troops when he abandoned his unit in a small camp in eastern Afghanistan in 2009.

He was captured shortly afterwards by the Taliban and turned over to the notorious Haqqani group, which held him for five years in nearby Pakistan.

He was finally freed in a 2014 exchange for five Taliban fighters, a deal that brought strong criticism of then-president Barack Obama.

But the lengthy trial revealed that during his captivity Bergdahl had been tortured and held in isolation for much of the time.

The proceedings also raised questions over whether he had originally been fit to serve in the military. Before joining the army, Bergdahl was rejected by the Coast Guard as "psychologically unfit" after only 26 days of basic training.

Bergdahl&39;s lawyers tried several times to have the charges against him thrown out, saying comments by Trump and Senator John McCain in favour of a heavy prison sentence constituted "unlawful command influence" -- when senior officials with power over the military exert potentially prejudicial influence over the court.

Nance repeatedly rejected the argument that he could be biased or pressured by Trump&39;s statements.

But earlier this week during the sentencing phase of the trial he warned that Trump&39;s comments nevertheless could "mitigate" the sentencing.

The case put focus on the strains that the lengthy conflict in Afghanistan has placed on US armed forces.

Detractors labelled Bergdahl a turncoat whose action led to severe injuries of fellow soldiers in his unit. Prosecutors over the past week called on testimony from soldiers who were injured while on search missions for Bergdahl, including one shot in the head and permanently disabled.

But supporters consider Bergdahl to be a victim of the war. Bergdahl claimed he had left his post in 2009 to walk through the Taliban-filled eastern Afghanistan countryside to a larger US base to report command problems in his unit.

The head of the army&39;s investigation, Major General Kenneth Dahl, told the court that Bergdahl may have been delusional at the time. Dahl also said that putting Bergdahl in prison after all he had been through at the hands of the Haqqani group would be "inappropriate."