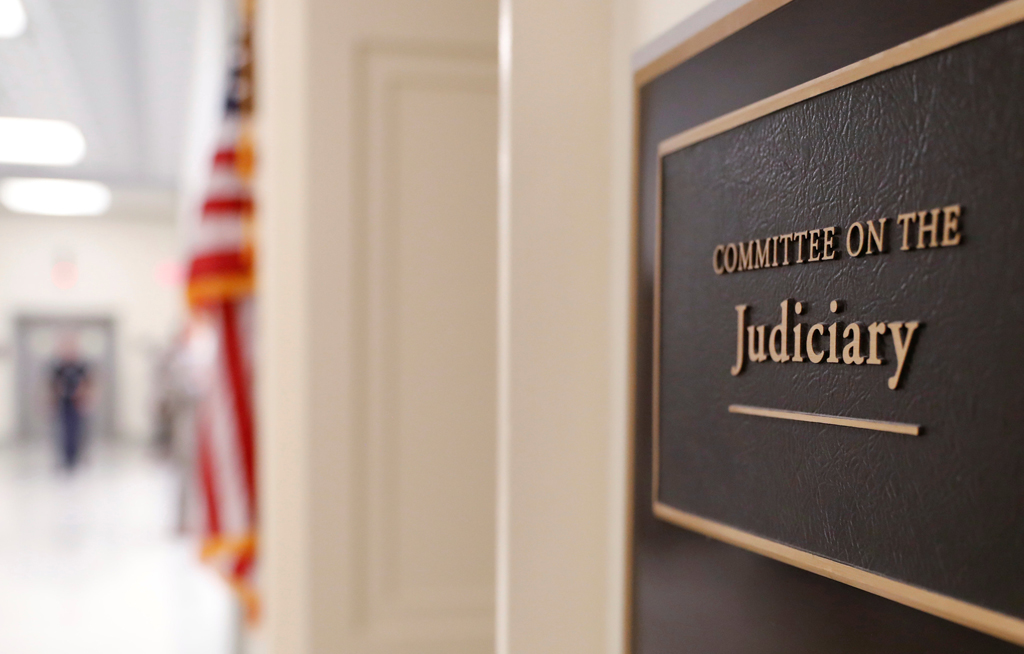 WASHINGTON - President Donald Trump attacked a former FBI lawyer on Wednesday after she failed to testify on allegations of anti-Trump bias in the FBI&39;s investigation of him.

Lisa Page -- whose affair with FBI agent Peter Strzok has led Trump to dub the pair the "FBI lovers" -- was threatened with contempt of Congress charges after she failed to honor a subpoena to appear before the House Judiciary and Oversight Committees Wednesday over her role in politically sensitive probes of Trump and Democrat Hillary Clinton.

Page and Strzok are major figures in a Republican effort to discredit the FBI and protect Trump from allegations that his campaign colluded with Russia during the 2016 presidential campaign and that he tried to obstruct the investigation into those allegations.

During 2016, Page and Strzok were having an affair while they were both involved in the politically charged investigation of Clinton, Trump&39;s Democratic election rival, for misuse of classified materials on her private email server.

Ex-FBI LAYER Lisa Page today defied a House of Representatives issued Subpoena to testify before Congress! Wow, but is anybody really surprised! Together with her lover, FBI Agent Peter Strzok, she worked on the Rigged Witch Hunt, perhaps the most tainted and corrupt case EVER!

"Together with her lover, FBI Agent Peter Strzok, she worked on the Rigged Witch Hunt, perhaps the most tainted and corrupt case EVER!"

Judiciary Committee Chairman Bob Goodlatte said Page had "no excuse" for not appearing, and threatened to have her charged with contempt if she did not show up to testify by Friday.

In a letter to her lawyer Amy Jeffress, Goodlatte said she had a choice of appearing publicly along with Strzok in a hearing on Thursday or accepting to be deposed privately on Friday at 10:00 am.

"After months of trying to secure her appearance, the committees scheduled her deposition for July 11, 2018. Despite proper service of your client with a subpoena directing her to appear, she did not," he said.

Earlier he said Page appears to have "something to hide" by not appearing.

Jeffress said in a statement prior to the contempt threat that Page could not appear without first having access to FBI documents that the committees already possessed, and that they had ignored her efforts to find a later date for the deposition.

"Through her actions and words, Lisa has made it abundantly clear that she will cooperate with this investigation. All she is asking is to be treated as other witnesses have under the committees&39; own rules," Jeffress said.

The two committees&39; "bullying tactics here are unnecessary," she added.

I am on Air Force One flying to NATO and hear reports that the FBI lovers, Peter Strzok and Lisa Page are getting cold feet on testifying about the Rigged Witch Hunt headed by 13 Angry Democrats and people that worked for Obama for 8 years. Total disgrace!

After the Clinton probe ended and Trump won the election, both Strzok and Page joined, for a short time, the investigation led by Special Counsel Robert Mueller into possible collusion with Russia by the Trump campaign, as well as possible obstruction of justice.

Aiming to discredit the probe, Trump and supporters in Congress have charged that Mueller&39;s team is stacked with Democrats and that the FBI has been opposed to him.

FBI director Christopher Wray and Deputy Attorney General Rod Rosenstein have rejected suggestions of bias against Trump, and have assured Congress that Mueller is conducting his probe appropriately.

How can the Rigged Witch Hunt proceed when it was started, influenced and worked on, for an extended period of time, by former FBI Agent/Lover Peter Strzok? Read his hate filled and totally biased Emails and the answer is clear!

In tweets, Trump has branded the couple the "FBI lovers" and said their bias was at the heart of Mueller&39;s "Witch Hunt."

Strzok was questioned for 11 hours over his role and alleged bias in a closed hearing of the two committees two weeks ago.

He is scheduled to appear again in a public hearing Thursday morning.

Among those charged in the Mueller probe are 13 Russians and Trump&39;s former campaign chief Paul Manafort. Michael Flynn, who briefly served as Trump&39;s national security advisor, pleaded guilty to lying to investigators.