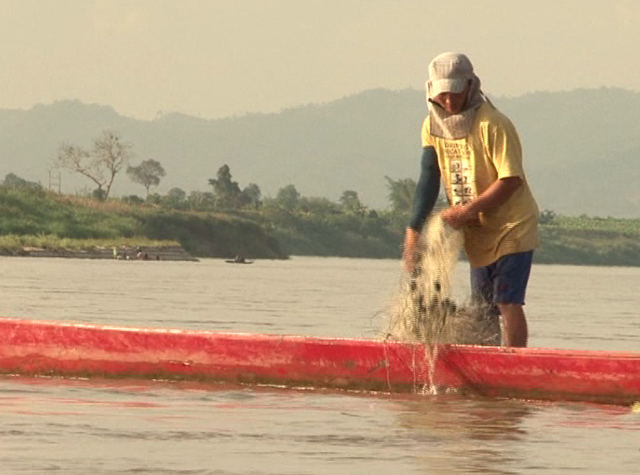 CHIANG RAI PROVINCE - Fish population in Mekong River is on a decline and fishermen blame a series of dams that have been built upstream in China for the situation.

Millions rely on the Mekong to survive and fear that the hydropower mega-dams will destroy their livelihood.

“Before, the water levels would depend on the seasons but now when it&39;s low tide, all the water goes down. I think it is because they are closing and opening the dams this is why the fish numbers have gone down,” said Decha Chaiwong, a fisherman in Thailand.

Conservationists said the dams will stop fish from travelling up the river to breed.

This affects the entire Mekong River system that flows from China through Myanmar, Laos, Thailand, Cambodia and Vietnam.

“The builders of the billion-dollar dam have so far refused to comment, but Laotian authorities say the project has incorporated passages that fish will be able to swim up,” said Niwat Roykaew of Natural Resources and Culture Conservation.

Eleven dams have been planned along the Mekong in Laos and Cambodia.

The dams are expected to provide electricity to millions of people and generate millions in revenues for the respective governments.