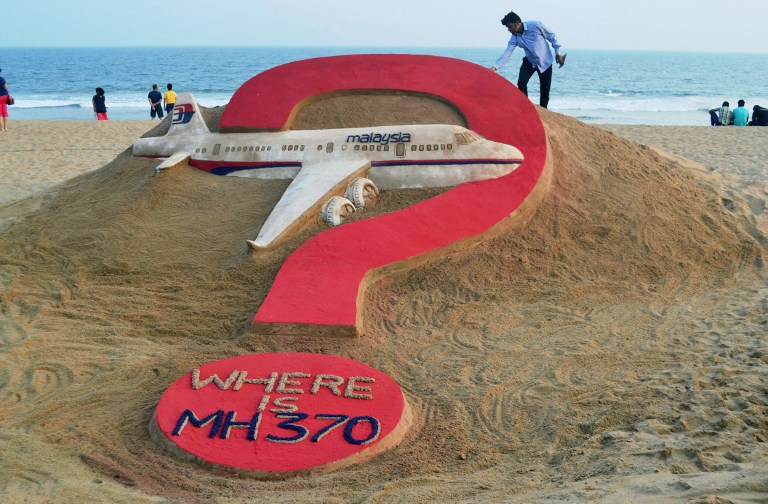 Flight MH370 vanished en route from Kuala Lumpur to Beijing with 239 people on board.

KUALA LUMPUR - Exactly two years after Malaysia Airlines Flight MH370 disappeared with 239 people aboard, its whereabouts remain a mystery, with only one confirmed piece of wreckage found despite the most expensive search operation in history.

Here are some of the key questions still swirling around MH370:

What is the status of the search?

An Australia-led search is operating on the assumption that the plane went down somewhere in the remote southern Indian Ocean, based on satellite data indicating the plane&39;s possible movements.

So far, they have covered about 70 percent of a designated search zone four times the size of Belgium and are expected to be finished within months. Unless promising new leads emerge, no new areas will be searched.

A wing fragment was found on Reunion island, thousands of kilometres (miles) from the search zone last July, and later confirmed as being from MH370 -- the first proof the plane met a violent end.

Such debris is no help in pinpointing a definitive crash site, but Australian authorities have said the find is consistent with oceanic currents that could have carried the wreckage from the search area.

What happens if wreckage is found?

An immensely challenging mission to recover the data recorders would begin in an oceanic abyss up to 4,000 metres (13,100 feet) deep and marked by an extremely rugged seafloor.

This has been done before, however, in the case of Air France Flight 447, which crashed in 2009 in the Atlantic Ocean.

Its black boxes were located two years later and eventually plucked from the seabed nearly 4,000 metres deep by a remotely operated submersible.

Are they searching the right area?

The search zone was determined through analysis of signals from MH370, detected by a satellite, which indicated its last known location as being somewhere along an arc sweeping north into Central Asia or south into the Indian Ocean.

The northern corridor has been discounted in the belief the plane would have been detected, and experts say the southern arc is the best option.

But the imprecise satellite data and the search&39;s failure so far have sustained nagging doubts. Many next-of-kin believe the search is too narrowly focused and want it expanded.

What caused the disappearance?

Leading theories include a mechanical or structural failure, a hijacking or terror plot, or rogue pilot action.

But the lack of information to support any theory has fuelled a range of other outlandish conspiracy ideas advanced in books, documentaries and a thriving online debate.

Suggestions have included that the plane was commandeered to be used as a "flying bomb" headed for the US military installation on Diego Garcia atoll -- and was shot down by the Americans -- or that it was flown to a Russian facility in Kazakhstan.

But family and friends of Zaharie -- a highly respected veteran pilot -- strongly reject such claims as baseless.

Why are next-of-kin so suspicious?

Malaysia&39;s government and the airline insist they are hiding nothing, but their credibility was damaged in the chaotic initial response.

Besides a series of contradictory early statements, there were miscues such as the revelation that Malaysian immigration allowed two Iranian men aboard on false passports. They were later said to be merely illegal migrants seeking to reach Europe.

Malaysia&39;s air force also took days to reveal that it had tracked MH370 flying far to the west toward the Indian Ocean, wasting precious response time.

Families say the government and airline have routinely stonewalled requests for more information -- a charge they deny -- and many refuse to believe the plane crashed.

This is particularly true in China -- 153 Chinese nationals were aboard -- where distrust of officialdom under the Communist Party is ingrained.

According to the Netherlands-based Aviation Safety Network, which tracks air incidents, there has been only one other instance where a plane carrying more than 100 people disappeared without a trace.

That was in 1962, when a turbo-prop operated by US-based Flying Tiger Line and chartered by the US military disappeared en route from Guam to the Philippines with 107 people aboard.

A crucial factor in the mystery was the inability to monitor MH370&39;s movements after tracking features were disabled around the time it went off course.

The International Civil Aviation Organisation (ICAO) has moved to prevent a recurrence by mandating that airlines implement systems by November 2018 to track their aircraft at least every 15 minutes.

Some carriers such as Malaysia Airlines have already implemented the move.

The ICAO also plans to impose requirements that tracking be increased to a real-time basis for aircraft in distress, according to reports.

It also has banned the transport of lithium batteries in cargo holds -- MH370 carried a consignment of such batteries -- in case they cause a fire.