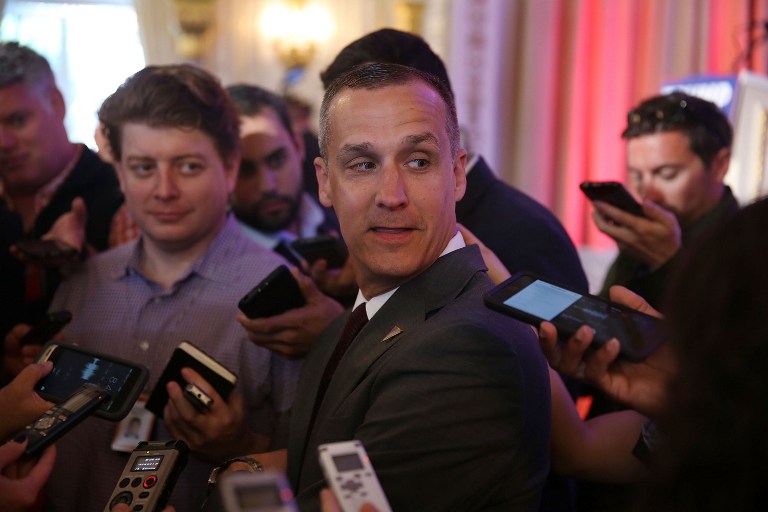 WASHINGTON, United States - A female singer has accused a former campaign manager for President Donald Trump of repeatedly slapping her behind during a party at Washington&39;s Trump International Hotel in November, according to US website Politico.

Joy Villa -- a Trump supporter who wore a "Make America Great Again" dress to this year&39;s Grammys -- said in an interview Friday that Corey Lewandowski "smacked" her bottom after posing for a photo with her at the party to celebrate Trump&39;s first year in office.

"I&39;m wearing this silver suit and stretchy pants, and after the photo, he smacks my ass really hard," Villa told Politico. "It was completely demeaning and shocking."

She also alleged that when she told Lewandowski -- who was fired by the Trump campaign in June 2016 -- that she could report him for sexual harassment, he responded: "Go ahead, I work in the private sector," before slapping her again.

Villa -- who is considering a congressional run in Florida -- added she was hesitant to speak out given Lewandowski&39;s "power and influence" and his close relationship with Trump.

However, she said the recent wave of sexual misconduct allegations in the US -- which have implicated men across the spheres of entertainment, business, media and politics -- motivated her.

Sharing the photo taken with Lewandowski at the party on Twitter, Villa wrote: "I told him to stop, and then he did it again. I was shocked and embarrassed by his behavior."

Politico said Lewandowski did not respond to multiple requests for comment.