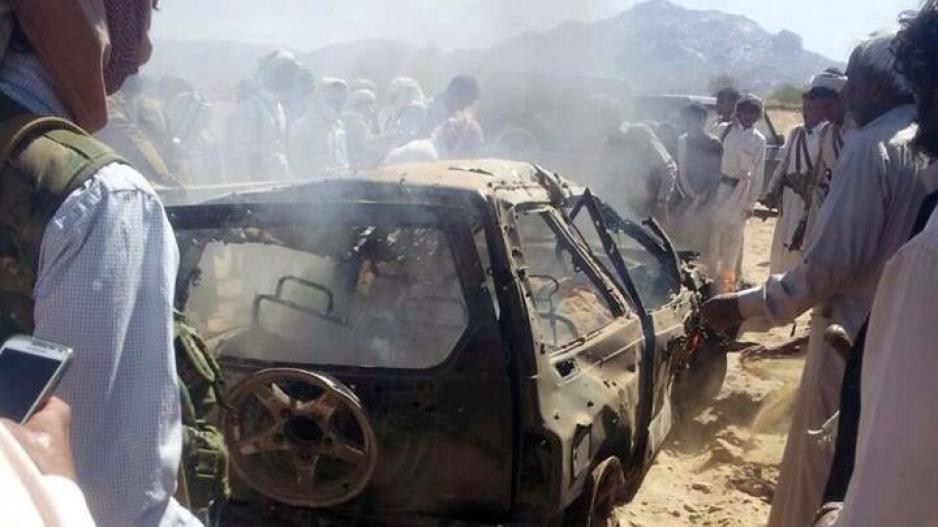 Yemenis gather around a burnt car after it was targeted by a drone strike killing three suspected al-Qaeda militants on January 26, 2015 between the Marib and Chabwa provinces, a desert area east of Sanaa.

The source, asking not to be identified, said three "armed fighters of Al-Qaeda" died when their vehicle was struck on Saturday in the Sawmaa region of Al-Bayda province.

A drone strike on Friday killed a local military instructor for Al-Qaeda in the same province, he said.

The United States, which considers Al-Qaeda's Yemen-based franchise, Al-Qaeda in the Arabian Peninsula (AQAP), to be its most dangerous, is the only force operating drones over Yemen.

But it only sporadically reports on a long-running bombing campaign against AQAP.

Al-Qaeda and the Islamic State jihadist group have exploited a power vacuum created by the two-year-old conflict in Yemen between the government and Shiite Huthi rebels, especially in the country's south and southeast.