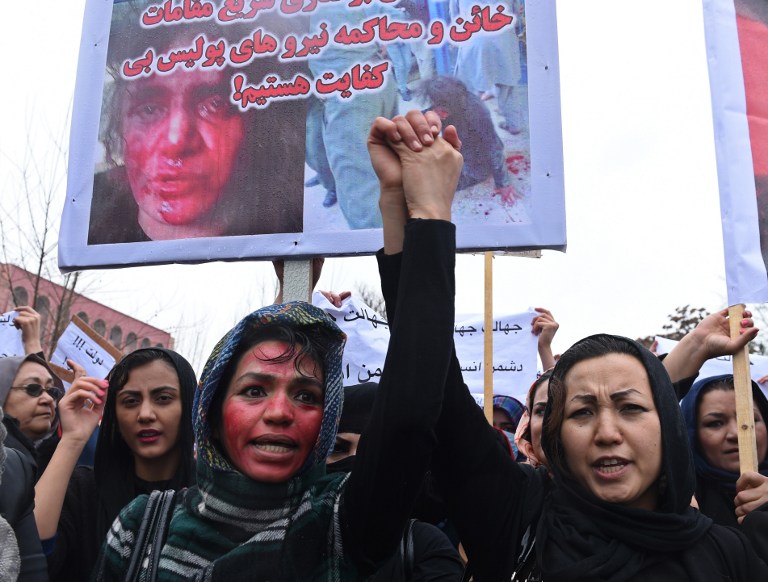 Afghan protesters hold banners as they shout slogans during a rally in front of Kabul supreme court.

KABUL - An Afghan court on Wednesday sentenced four men to death for the public lynching in Kabul of a 27-year-old woman falsely accused of burning the Koran.

The court also sentenced eight people to 16 years in prison while 18 others were found not guilty.

A furious mob turned on the woman, named Farkhunda, on March 19, beating her in broad daylight and setting her body ablaze on the banks of the Kabul River.

The attack came after an amulet seller, whom she had reportedly castigated, accused her of blasphemy.

Her killing triggered protests around Afghanistan and several world cities, drawing global attention to the treatment of Afghan women.

Forty-nine people including 19 police officers accused of failing to prevent the attack were arrested.

The three-day trial at the primary court in Kabul saw the suspects facing various charges including assault, murder and encouraging others to take part in the attack.

The verdicts on the policemen accused of "negligence of duty" will be announced on Sunday.