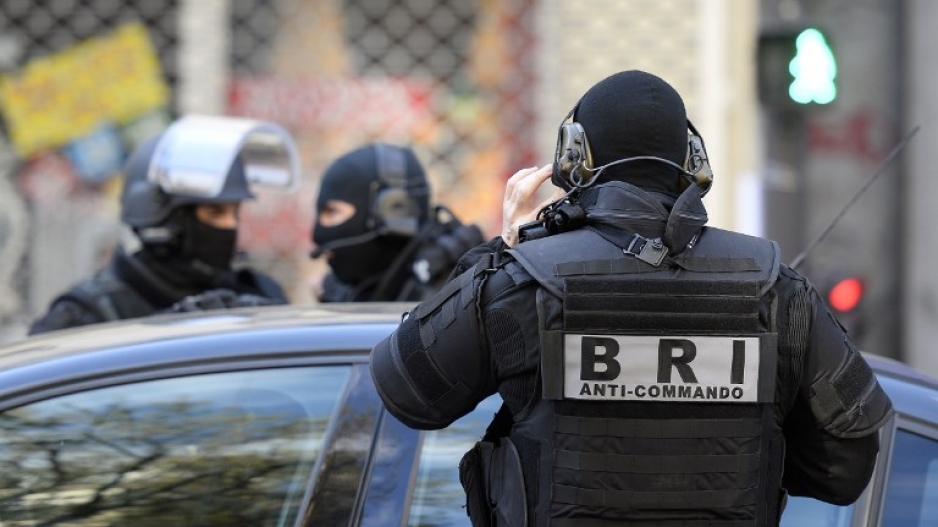 France heightened surveillance of potential attackers by its intelligence services and has boosted to about 10,000 the number of troops patrolling sensitive sites.

PARIS - An IT student allegedly planning a church attack in France has been arrested, the country&39;s interior minister said Wednesday, just over three months after Paris was hit by a jihadist killing spree.

In a baffling series of events, the 24-year-old Franco-Algerian -- known to intelligence services for wanting to fight in Syria alongside jihadists -- was detained Sunday in Paris after he himself called police over a bullet injury to his leg.

His DNA was later found in the car of a young mother from northern France who died in mysterious circumstances over the weekend near Paris.

Cazeneuve told reporters that apart from the weapons, police had also discovered detailed research "clearly establishing that the person was planning to commit an imminent attack against one or two churches".

"Sunday morning, this attack was foiled."

The arrest comes more than three months after Islamic extremists went on a three-day killing spree in and around Paris, leaving 17 people dead.

The January 7-9 attacks on Charlie Hebdo magazine, a policewoman and a Jewish supermarket sent shockwaves around the world, and prompted several reforms in France including controversial new spy laws that are currently being debated in parliament.

"Terrorists are targeting France to divide us and our response must of course be to protect citizens but also to rally together, unite and to be hugely determined faced with this terrorist threat," he said on French television.

The attack was foiled by chance after the suspect called police on Sunday morning, saying he was injured, according to police sources, who asked to remain anonymous.

They found him with a bullet in the leg, and he described being wounded during a settling of scores.

Investigators do not exclude that he may have injured himself.

They followed traces of blood left by the suspect and found his car, where they discovered part of the "arsenal" described by Cazeneuve.

Then they searched his home in southeast Paris and found the incriminating research on his computer.

Several members of his entourage and family have since been detained, some of whom sympathise with radical Islam, the sources said.

During their investigations, police then discovered the suspect&39;s DNA in the car of Aurelie Chatelain, an unemployed dance enthusiast, who was found dead over the weekend in Villejuif near Paris -- the town where the churches were targeted, according to a police source.

But the suspect&39;s alleged link to the death was not clear.

Chatelain&39;s body was discovered on Sunday morning in her car. She had been shot three times.

The 32-year-old mother had just come to the area from northern France to take a pilates training course and had written of how happy she was to be there on her Facebook page on Saturday evening.

Some nine hours later, her body was discovered by passers-by as smoke poured out of the car from an overheating laptop.

A judicial source told AFP Sunday that investigators were open to all possibilities.

But Chatelain&39;s distraught father, Jean-Luc, told AFP Monday that the mother of five-year-old Juliette had no enemies.

"The father of the little girl... and my daughter have been separated for several years but they got along fine," he said.

Cazeneuve promised Wednesday that the probe would determine why Chatelain was killed, and reiterated that the country was faced with an "unprecedented terrorist threat".

Hundreds of French nationals have left France to join jihadist ranks in Iraq and Syria, where they represent almost half the number of European fighters present, according to a report released this month by the upper house Senate.

Authorities are concerned that these nationals will come back and commit attacks on home turf.