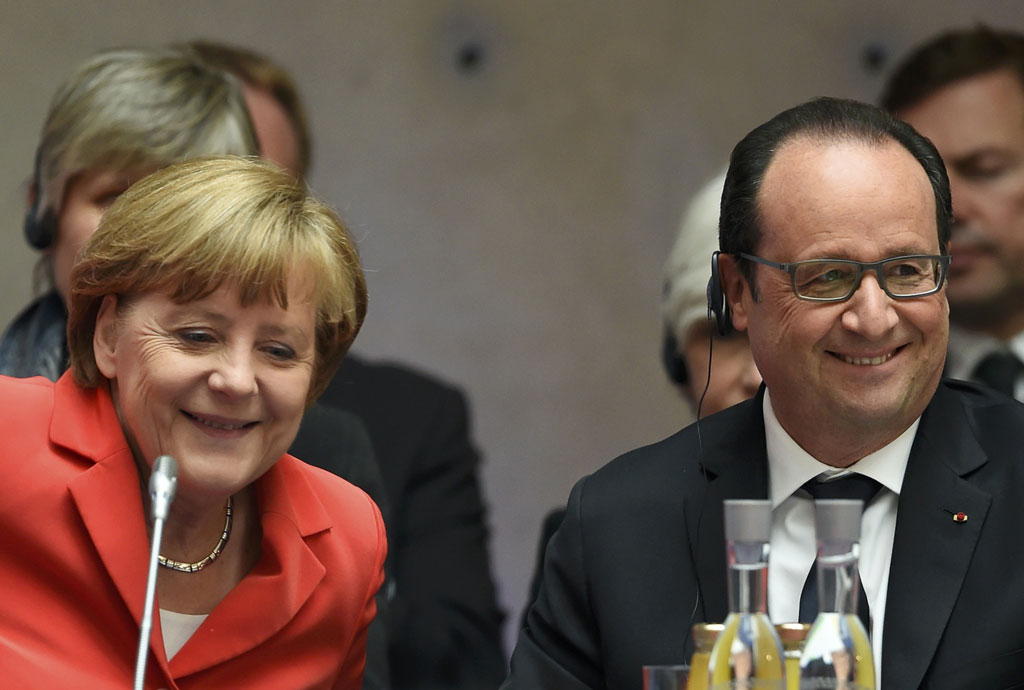 BRUSSELS - France and Germany raised concerns on Monday over a European Commission plan to redistribute migrants reaching Italy and Greece, saying it must take better account of efforts they have already taken to help asylum-seekers.

The European Commission proposed last week to ease pressure on Italy and Greece, which are struggling to deal with thousands of immigrants crossing the Mediterranean in flimsy boats fromLibya, through an emergency scheme to redistribute 40,000 Syrian and Eritrean asylum-seekers throughout the European Union.

Under the plan, Germany and France, two of the EU&39;s biggest states, would together take nearly 40 percent of the 40,000 migrants.

The interior ministers of France and Germany said they were ready to study the Commission&39;s proposal, based on a fair proposal for sharing out the migrants.

"This distribution (mechanism) must above all take better account of the efforts already made by member states on international protection," they said, presenting a joint Franco-German position.

The statement, together with concerns expressed by Spain and eastern European states, suggest the EU faces a tough fight agreeing how to share out the 40,000 migrants.

The statement highlighted the efforts France and Germany are already making, pointing out that nearly three-quarters of asylum applications in the EU are made in five member states -Germany, France, Sweden, Italy and Hungary.

Ministers Bernard Cazeneuve and Thomas de Maiziere said the EU&39;s emergency mechanism "must be founded on two equally important principles: responsibility and solidarity. We believe that the balance between these two principles has not yet been reached in the proposal presented by the Commission."

More than 5,000 migrants trying to reach Europe have been saved from boats in distress in the Mediterranean since Friday, EU authorities say.

Thousands of people, mostly from war-torn African and Middle Eastern countries, have died trying to cross the Mediterranean this year.

Southern European states are clamouring for more EU help to deal with migrants, but with anti-immigration parties on the rise amid economic problems and austerity, many states resist taking large numbers of asylum-seekers.

The European Commission suggested sharing out the 40,000 asylum-seekers among EU member states based on each EU country&39;s population, economy, unemployment and the number of asylum applications received in the past five years.

Interior ministers are due to discuss the plan on June 15 and 16.

Britain, Denmark and Ireland have exemptions on EU matters on immigration and Britain has said it will not participate in the relocation scheme or a separate EU plan to resettle 20,000 refugees from outside the bloc.

What does migration mean in the rest of the EU? A short guide to who&39;s bad-mouthing whom http://t.co/g7vnLZXK4H