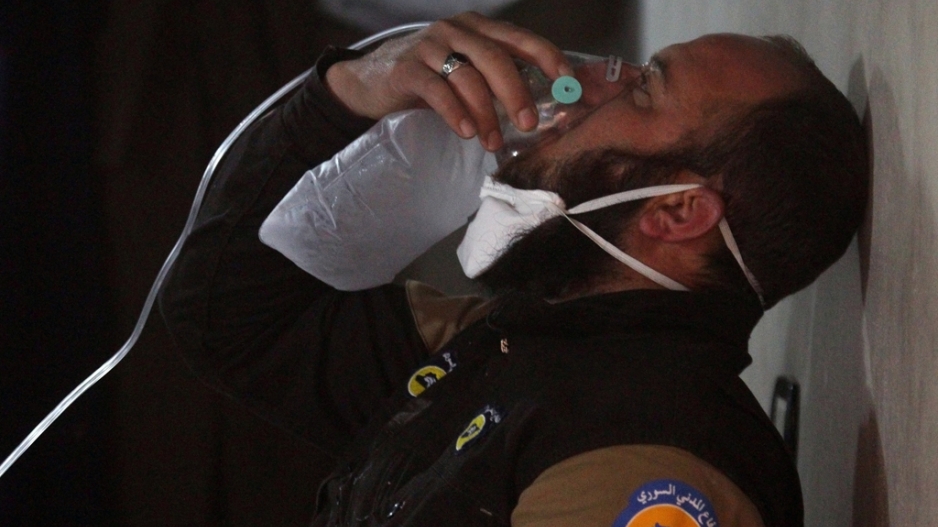 A civil defence member breathes through an oxygen mask, after what rescue workers described as a suspected gas attack in the town of Khan Sheikhoun in rebel-held Idlib, Syria April 4, 2017.

PARIS - France will produce proof "in a few days" that the regime of Bashar al-Assad launched a chemical strike on a Syrian village that killed 87 people earlier this month, Foreign Minister Jean-Marc Ayrault said Wednesday.

"We have elements that will allow us to show that the regime knowingly used chemical weapons," Ayrault said of the suspected chemical attack in Khan Sheikhun on April 4.

"In a few days I will be able to bring you the proof," he told French television.

In an exclusive interview last week with AFP in Damascus, Assad said the suspected chemical attack was a "fabrication" to justify a US missile strike on Syrian forces.

Western leaders including US President Donald Trump have accused Assad of being behind the attack in the rebel-held town, saying his forces used a chemical weapon during an air strike.

The suspected attack killed at least 87 people, including many children, and images of the dead and of suffering victims provoked global outrage.

The missile strike was the first direct US military action against Assad&39;s forces since the start of Syria&39;s civil war six years ago and precipitated a downward spiral in ties between Washington and Moscow.

PICTURED: Medical staff at Damascus Countryside Specialised Hospital hold placards condemning a suspected chemical weapons attack on the Syrian town of Khan Sheikhun, during a gathering to show solidarity with the victims in the rebel-held Douma on April 6, 2017. CREDIT: Sameer Al-Doumy / AFP