French election: what you need to know 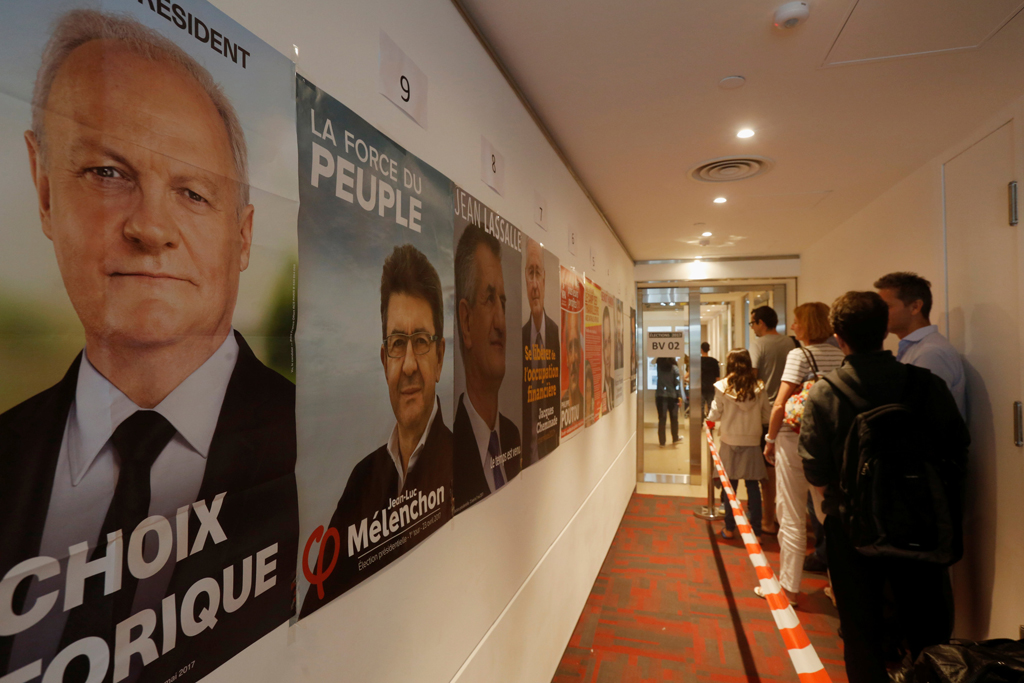 Posters of candidates are displayed as overseas voters line up outside a polling station, during the first round of the French presidential election in Hong Kong, China April 23, 2017.

PARIS - Nearly 47 million French voters go to the polls on Sunday in the first round of the country&39;s presidential election.

Why is it important?

France is the EU&39;s second-biggest economy and also one of the world&39;s biggest military and diplomatic powers.

With two of the leading four top candidates hostile to the EU and NATO, the election could further shake up the West&39;s liberal post-war order, already rattled by Britain&39;s vote to leave the EU and Donald Trump&39;s election to the White House.

How is the president elected?

The president is elected directly by the people in a vote of one or two rounds. If no candidate obtains an absolute majority in the first round, a run-off is held two weeks later. Every presidential election since 1965 has gone to a second round.

Eleven candidates spanning the spectrum from Trotskyist left to far-right are running.

How does the election work?

The election is the first in the history of France&39;s 59-year-old Fifth Republic to take place under a state of emergency.

Over 50,000 police backed by 7,000 soldiers from the Sentinelle (Sentry) anti-terror operation will be on patrol during the vote.

When will we get the results?

Projections based on partial results usually come in at 8:00 pm but could be delayed due to the extra hour of voting.

The two top will go through to a runoff on May 7.

The next president will be sworn in by May 14 at the latest, taking over from Socialist President Francois Hollande.

Some stats for the weekend Election forecasting: How we modelled the French presidential vote https://t.co/DcH80yPDuG via @TheEconomist