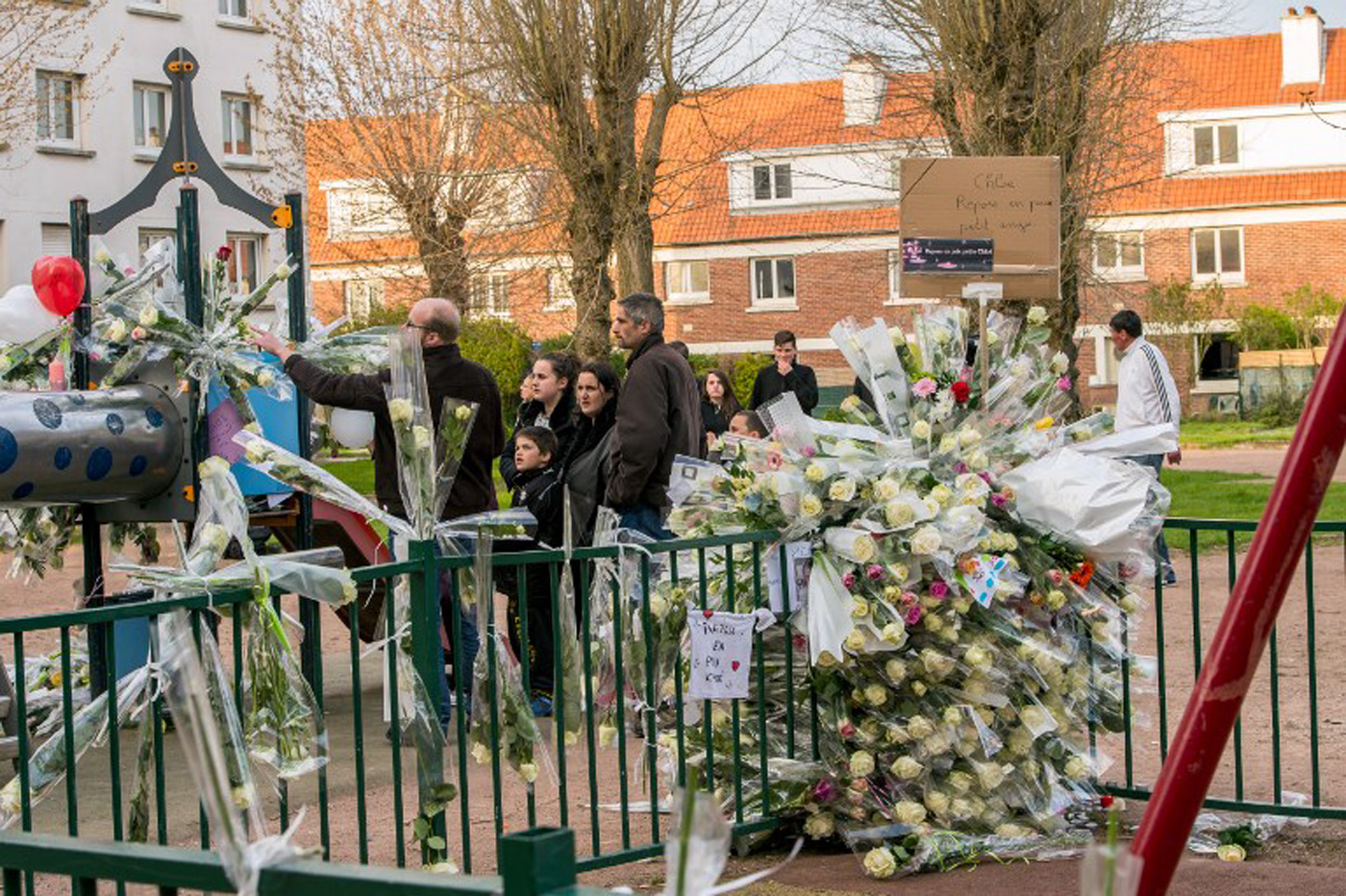 People lay flowers on a playground in homage to Chloe, a nine-year-old girl who was killed on April 16, 2015 in Calais, northern France.

PARIS – A 38-year-old Polish man was charged on Friday with the kidnapping, rape and murder of a nine-year-old girl in northern France that has shocked the country.

Zbigniew Huminski was arrested on Wednesday near the woods where the girl&39;s naked, lifeless body was found, and admitted his guilt soon after.

He told investigators he kidnapped the young girl, named Chloe, after she sprayed his car with a water gun earlier that day at a playground in Calais, where he had stopped on his way to England.

Chloe was playing with a friend when Huminski forced her into his car in the presence of her mother, who burst into panicked screams.

Huminski, who has not asked for a lawyer according to investigators, had already been convicted twice in France – to four years in prison in 2004 and six years in 2010 for extortion and aggravated robberies.

A criminal expert, Christian Soenen, who met him during a trial in 2009, described him as "a dangerous psychopath, impulsive and unpredictable, with a lack of regret and guilt".

Huminski was released in March last year and sent back to Poland where he was wanted for an attempted car break-in in 2000.

A court in Warsaw convicted him in November to a year in prison and the sentence was upheld on March 27, but he was not immediately taken into custody.

Ewa Leszczynska-Furtak, spokeswoman for the Warsaw court, said Polish law allows convicts to remain at large until their lawyers receive an explanation of the verdict – a process that can take up to three weeks.

"We regret the huge tragedy that occurred in France," she said.

But she added that the court had no reason to believe the man would flee the country because he had shown up to his hearings and "a neighbourhood investigation showed that he had a stable lifestyle, normal family relations and had taken a job".

Leszczynska-Furtak said France did not provide Poland with any indication that the man had possible psychological problems, while Polish experts found him to be fully accountable for his actions.

Police in Calais were alerted to the kidnapping at 3.30pm on Wednesday and search teams were dispatched, one of which made the grisly discovery of the murdered child just an hour-and-a-half later.

Nearby, police found the red vehicle with Polish number plates, and Huminski – heavily under the influence of alcohol – was arrested not far from the scene shortly after.

The French city of Calais was plunged into mourning after the killing of the  blonde girl described as "cheerful and full of life".

Flags in the city flew at half mast and 5,000 residents held a solemn march in memory of Chloe on Thursday, with another march set for Saturday.