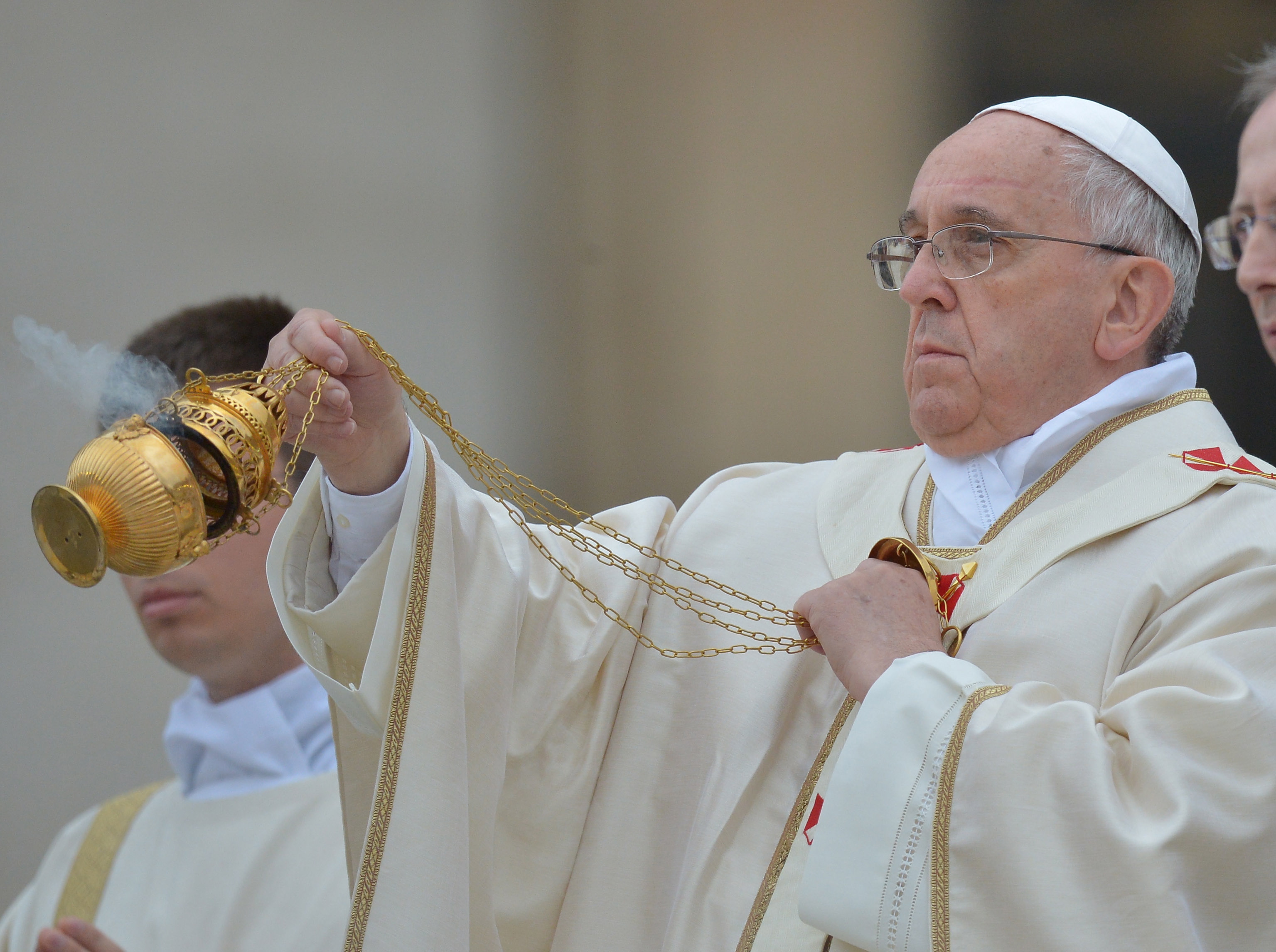 VATICAN CITY - Pope Francis has declared his two predecessors John XXIII and John Paul II saints in an unprecedented canonization ceremony made even more historic by the presence of retired Pope Benedict XVI.

Francis recited the saint-making formula in Latin, saying that after deliberating, consulting and praying for divine assistance "we declare and define Blessed John XXIII and John Paul II be saints and we enroll them among the saints, decreeing that they are to be venerated as such by the whole church."

Benedict was sitting off to the side with other cardinals in St. Peter&39;s Square during the rite at the start of Sunday&39;s Mass. He and Francis briefly greeted one another after Francis arrived.