Gallery: A year on the whereabouts of MH370 remain a mystery 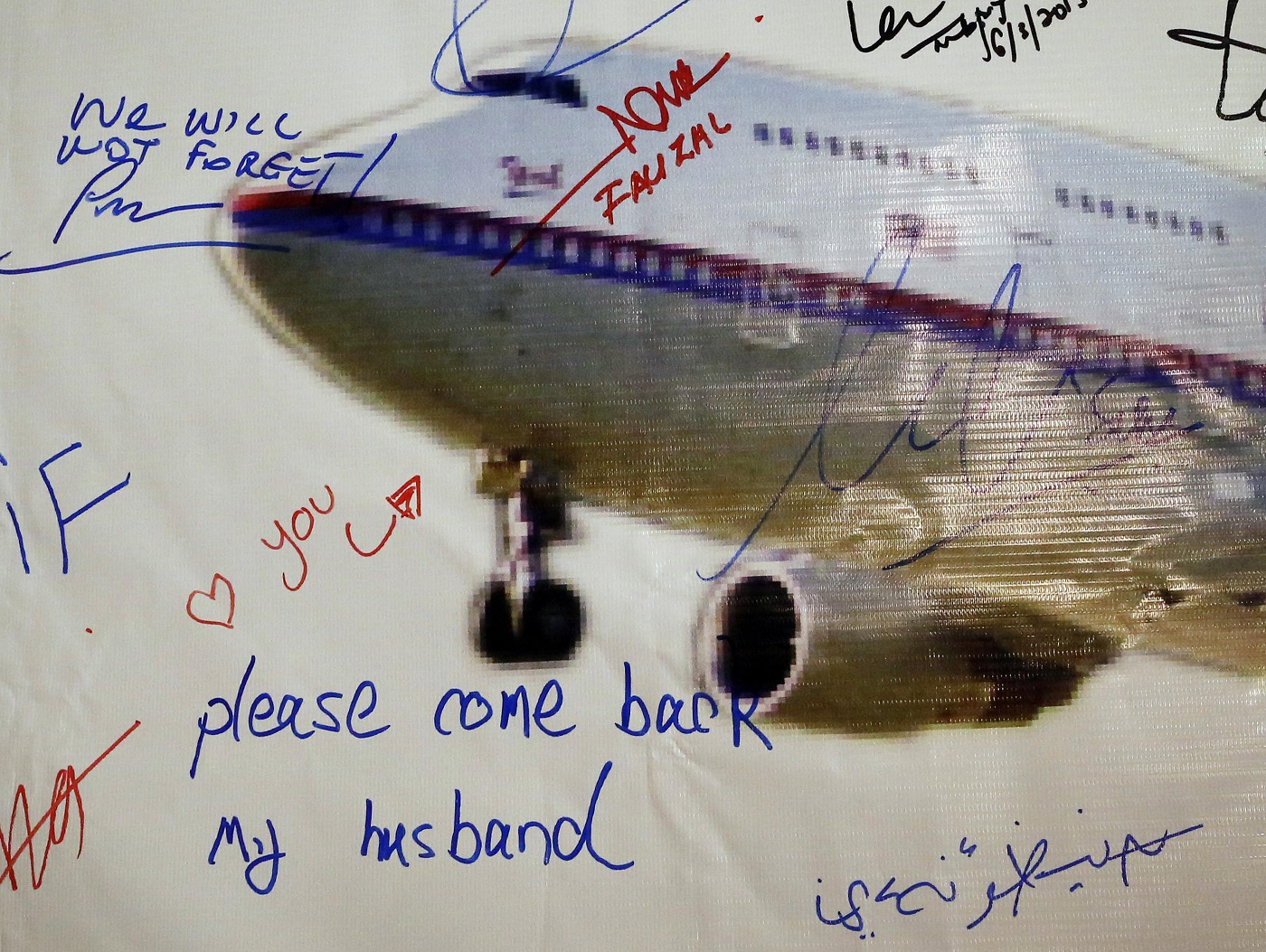 A message left on a board of remembrance by Kelly (last name not given), 29, the wife of a passenger aboard missing Malaysia Airlines Flight MH370, at a vigil ahead of the one-year anniversary of its disappearance in Kuala Lumpur on March 6 2015.

Prime Minister Najib Razak said on Sunday that Malaysia remains committed to the search for the missing MH370 jetliner a year after it vanished without trace and he is hopeful it will be found.

A team led by Malaysia with investigators from various countries including the United States, Britain, China, France and Australia is due to release an interim statement on their inquiry into the cause of the disappearance on Sunday.

The Malaysia Airlines Boeing 777-200 disappeared on a flight from Kuala Lumpur to Beijing with 227 passengers and 12 crew on board. It has become one of the greatest mysteries in aviation history.

"The disappearance of MH370 is without precedent, and so too is the search - by far the most complex and technically challenging in aviation history," Najib said in a statement.

"Together with our international partners, we have followed the little evidence that exists. Malaysia remains committed to the search, and hopeful that MH370 will be found," he said.

Investigators believe the plane was flown thousands of miles off course before eventually crashing into the Indian Ocean.

Some of the relatives of those on board have been holding vigils this weekend to mark the anniversary.

China&39;s foreign minister said on Sunday the search for the aircraft would not stop and his government would keep providing whatever help it could to relatives of those on board.

Australia&39;s deputy prime minister said recently the search could not go on forever, and discussions were under way between Australia, China and Malaysia as to whether to call off it off soon.

Malaysia declared the disappearance of the flight an accident in January, clearing the way for the airline to pay compensation to victims&39; relatives, but insisted that the search for the jetliner would go on.

In a separate statement, Malaysia Airlines said it held a private gathering to remember the 13 employees lost when flight MH370 disappeared.