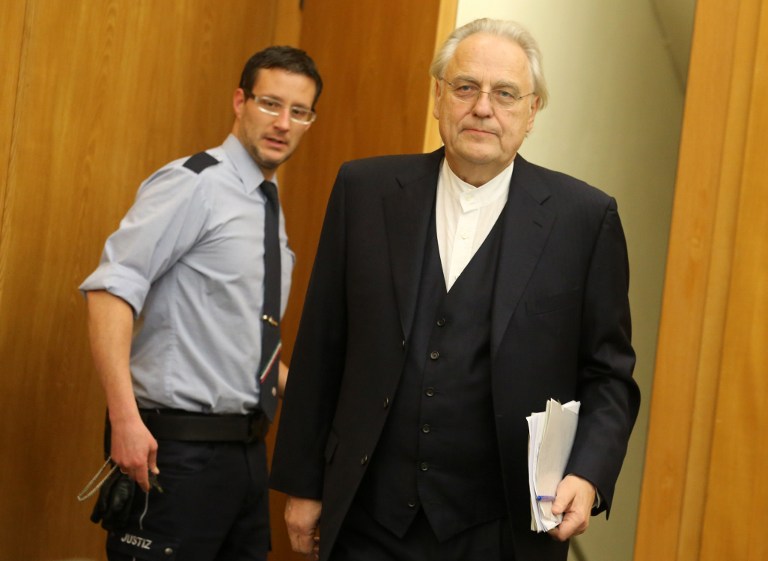 Defendant Helge Achenbach (R) arrives for his trial for defrauding one of the country's richest families of tens of millions in the sales of paintings and vintage cars, on December 9, 2014 at the district court in Essen, western Germany.

BERLIN - A German art dealer went on trial Tuesday accused of defrauding one of the country&39;s richest families of tens of millions of euro&39;s in the sales of paintings and vintage cars.

Helge Achenbach, 62, who has been in pre-trial detention for about six months, denies the accusations against him, which carry a maximum jail term of 10 years.

Prosecutors accuse Achenbach of more than 20 counts of fraud, as well as charges of forgery and breach of trust, in the trial that started in the western city of Essen, the court said in a statement.

The state charges that he defrauded the late Berthold Albrecht, heir to the Aldi Nord supermarket empire, of 22.5-million euros (R317-million, $27.7-million) in the sales of 14 artworks and nine cars, by deceiving his client about the original purchase prices.

Achenbach is also accused of having defrauded two other wealthy customers in art deals, the court said.

In the dock with him is a former business partner, identified by the court only as Stefan H. in keeping with German reporting rules for criminal defendants.

In a separate civil case, before a court in the defendant&39;s western home city of Duesseldorf, the family of supermarket tycoon Albrecht, who died in 2012, is suing Achenbach for almost 20-million euros in damages.

The Essen court has set an initial eight further court hearings until January 21.