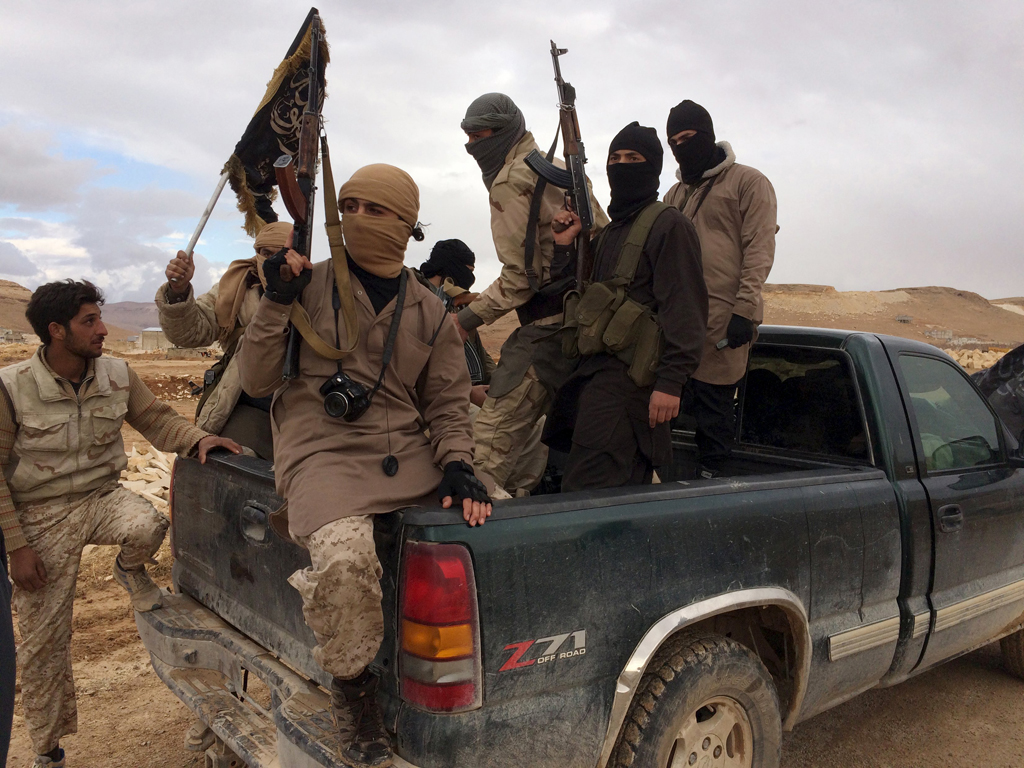 Al Qaeda-linked Nusra Front fighters carry their weapons on the back of a pick-up truck during the release of Lebanese soldiers and policemen in Arsal, eastern Bekaa Valley, Lebanon, 1 December 2015.

BERLIN – A German woman who was kidnapped in war-torn Syria last year and gave birth while in captivity escaped with her baby to Turkey on Wednesday, the German foreign ministry said.

@J_F_Sham carried out a Special Operation to free German journalist #Janina_Findeisen from an armed group who kidnap her last year pic.twitter.com/d7JXMiv50C

"The German woman and her baby who was born while she was held hostage are in good condition considering the circumstances," the ministry said in a statement.

It said the two were now under the care of German consular officials and members of the German federal police in Turkey.

The German mass circulation newspaper Bild said the woman was a freelance journalist who had worked for Munich's Sueddeutsche Zeitung daily and broadcaster NDR.

"The German government is relieved about the outcome of this case given the extremely difficult overall situation in Syria."

A ministry spokeswoman said she could give no further details about the case, citing privacy considerations.

The German federal police was not immediately available to comment.

Focus newsmagazine reported on the case in February, naming the woman as 27-year-old Janina Findeisen.

It said she was kidnapped in October last year and gave birth to her son in December.

It said the woman, who had published under the pseudonym Marie Delhaes, had been held by a faction within the Islamist Nusra Front militant group that demanded a ransom of €5-million (R68,57m) for her release.

Focus, citing federal police sources, said Findeisen had been lured to Syria by a woman she knew from Bonn with the promise of exclusive information about Islamist militants.

The German embassy in Ankara was preparing the woman's return to Germany and thanked the Turkish government and other international partners for help they provided on the case.