Get ready Russia, the missiles will be coming to Syria, Trump warns 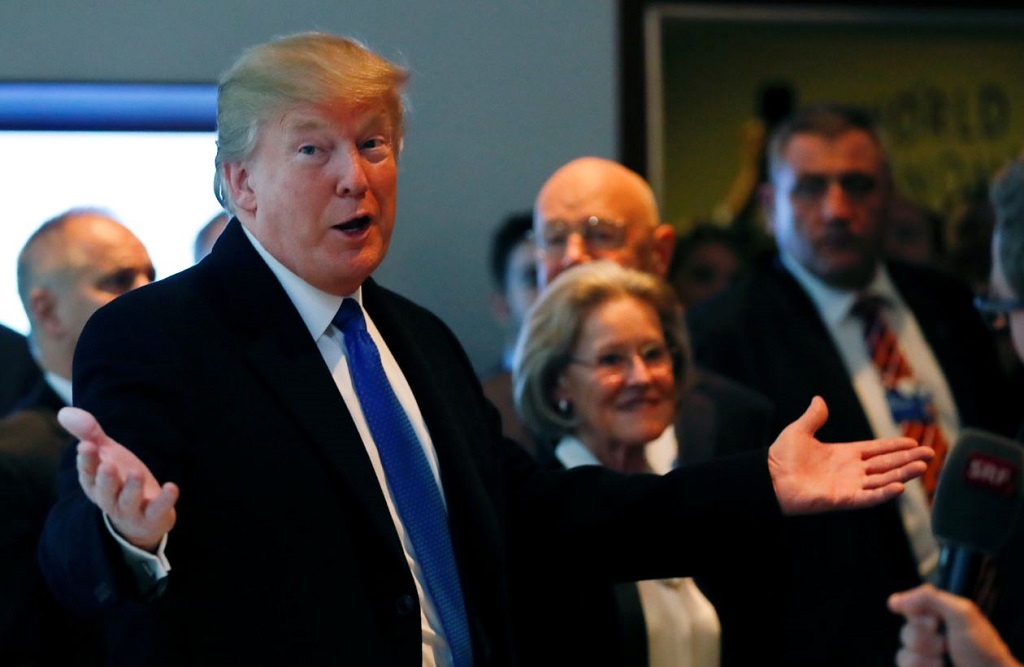 US President Donald Trump gestures as he arrives for the World Economic Forum (WEF) annual meeting in Davos, Switzerland January 25, 2018.

WASHINGTON/BEIRUT - US President Donald Trump warned Russia on Wednesday of imminent military action in Syria over a suspected poison-gas attack, declaring that missiles "will be coming" and lambasting Moscow for standing by Syrian President Bashar al-Assad.

Trump was reacting to a warning from Russia on Tuesday that any US missiles fired at Syria over the deadly assault on a rebel enclave would be shot down and the launch sites targeted.

His comments raised fears of direct conflict over Syria for the first time between the two world powers backing opposing sides in the country&39;s protracted civil war, which has aggravated instability across the Middle East.

"Russia vows to shoot down any and all missiles fired at Syria. Get ready Russia, because they will be coming, nice and new and &39;smart!&39;," Trump wrote in a post on Twitter.

Russia vows to shoot down any and all missiles fired at Syria. Get ready Russia, because they will be coming, nice and new and “smart!” You shouldn’t be partners with a Gas Killing Animal who kills his people and enjoys it!

In response, Russia&39;s Foreign Ministry said in a Facebook post that "smart missiles should fly towards terrorists, not towards the lawful government".

READ: US weighs strong response to Syria attacks despite risk of Russia clash

Foreign Ministry spokeswoman Maria Zakharova said any U.S. missile salvo could be an attempt to destroy evidence of the reported gas attack in the Syrian town of Douma, for which Damascus and Moscow have denied any responsibility.

After Trump&39;s tweet, the Syrian Observatory for Human Rights, a British-based war monitor with a network of sources on the ground, reported that pro-government forces were emptying main airports and military air bases.

The Syrian foreign ministry accused the United States, which has supported some rebel groups in Syria&39;s conflict, of using "fabrications and lies" as an excuse to hit its territory.

"We are not surprised by such a thoughtless escalation by a regime like the United States regime, which sponsored terrorism in Syria and still does," the state news agency SANA cited an official source in the ministry as saying.

After the Douma attack, the insurgent group dug in there, Jaish al-Islam, finally agreed to withdraw. That clinched a huge victory for Assad, crushing a long rebellion in the eastern Ghouta region near the capital Damascus.

White House officials did not immediately reply to a Reuters request for more detail about Trump&39;s remarks. The US Defense Department said it "does not comment on potential future military actions".

Trump&39;s decision to disclose his decision to strike as well as the kind of weaponry to be used in a future military operation is likely to frustrate military planners, who hold such information closely.

Trump had repeatedly said he would not telegraph military moves against foes such as North Korea and Islamic State. On Monday he said he would decide within 48 hours on a forceful answer to the attack in Syria, later telling reporters: "When, I will not say, because I don&39;t like talking about timing."