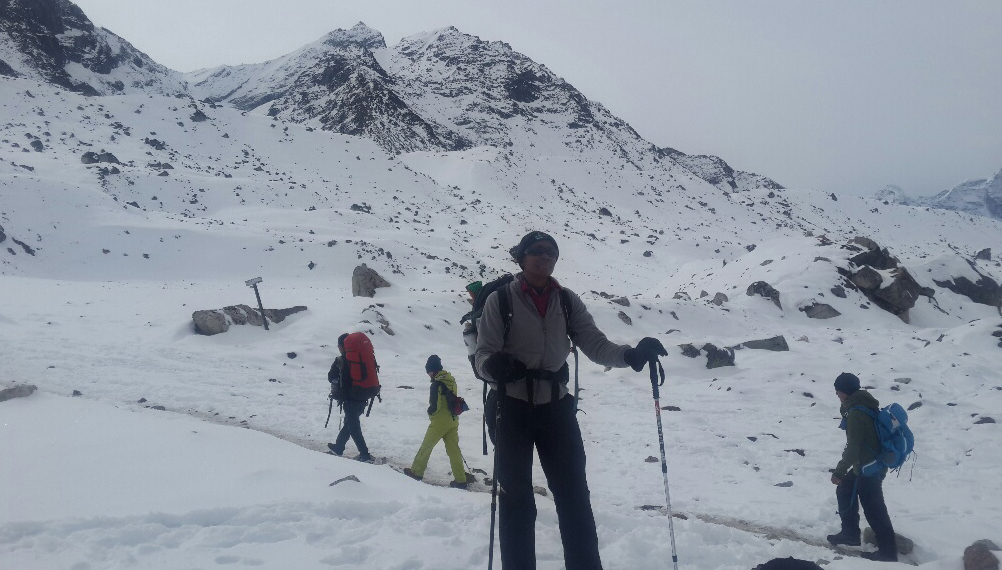 SA climber Saray Khumalo from Johannesburg on her way to summit Mount Everest in Nepal. Khumalo is attempting to summit the seven highest mountains in the world.

KATHMANDU – South African climber Saray Khumalo from the West Rand in Johannesburg is relieved to be safe in Kathmandu after surviving the 7.8 magnitude earthquake on Saturday, April 25.

“The good news for me is that I’m still alive,” she told eNCA.com.

Khumalo was stuck on a glacier between camp one and two when the earthquake happened.

“I could see multiple avalanches coming at us. You actually feel very helpless, but you don’t stop fighting and calculating what you’re going to do next,” said Khumalo.

The 43-year-old mother of two said she had a very experienced Sherpa with her on the mountain who knew what to do.

“It was terrifying but he hooked himself onto me and he was telling me what to do.

“But when he started praying, I thought okay this is also when I call my God,” said Khumalo.

She said they got off the mountain quite easily but she felt some disappointment at not being able to reach the summit for the second time.

Last year, Khumalo’s attempt to reach the top of Everest was hindered by an avalanche which killed a number of Sherpas.

The distress caused to Khumalo’s family is also a great concern for her. “I was up there and we were kind of stuck because the route was closed but only later I realised that everybody was panicking.”

“I didn’t realise what was going on down there and I didn’t even phone anybody,” she said.

Khumalo managed to call home later that day and spoke to her 12-year-old son who told her: “Why have you not been calling?”, but then he didn’t tell the anyone in the house that she called.

On Tuesday Khumalo joined the Gift of the Givers primary healthcare outreach programme and said the experience was incredibly moving.

“In the mountains the Sherpas looked after me and it was nice for me to be able to give back. Even though I don’t have the medical skills, I was able to hold someone’s hand while they were having their tooth pulled,” she said.

Khumalo is planning to head back to South Africa on Thursday.