Arrest in Bavaria may be linked to Paris attacks: Governor 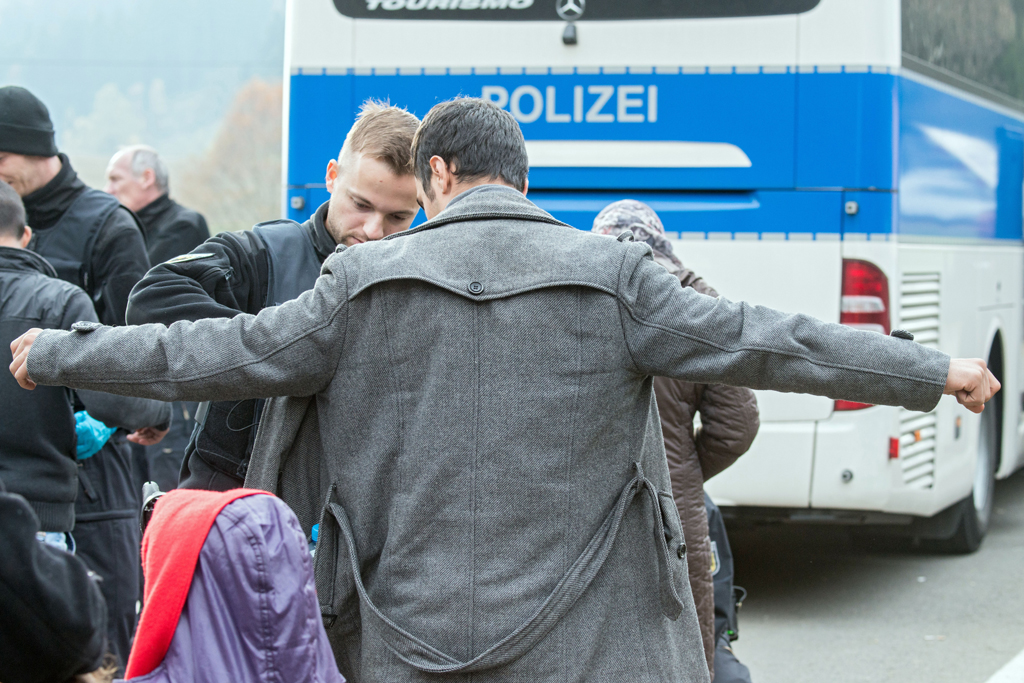 A refugee is searched by police at the police German-Austrian border near Wegscheid, Germany, 04 November 2015.

BERLIN - A 51-year-old man arrested in Germany last week with weapons in his car may be linked to the Paris attacks, the governor of Bavaria said Saturday.

A spokesman for Bavarian state police confirmed earlier Saturday that firearms, explosives and hand grenades were found when police stopped a man near the German-Austrian border on November 5th.

Ludwig Waldinger declined to confirm reports by public broadcaster Bayrischer Rundfunk that the man appeared to be en route to Paris when he was arrested.

Responding to questions about the Paris attacks, Bavarian governor Horst Seehofer said: “In the course of spot checks we had an arrest where there are reasonable grounds to assume that there may be a link to the matter.”

He didn’t elaborate in his comments broadcast by Bayrischer Rundfunk.

Citing unidentified investigators, the station reported that documents found during the arrest indicated that the man was from Montenegro and was traveling to Paris.

It also reported that the weapons, which it said included an automatic rifle and one kilogram of TNT, were professionally hidden inside the body of the car, a VW Golf.

Rainer Wendt, chairman of the German Police Union, said security agencies appeared to have been tipped off that the man was planning to enter Germany.

“It seems it was found that he originally wanted to go to Paris, heavily armed with several different firearms and explosives,” Wendt told German news station n-tv.

“That the French authorities were informed about this is totally clear,” he added. “From what we know the man is in custody and isn’t saying anything, so with that information alone the French authorities seem to have been unable to do much. At least the attack couldn’t be prevented, despite all the efforts that were surely made.”