Greeces deadly fire: A 'blowtorch' no one could stop 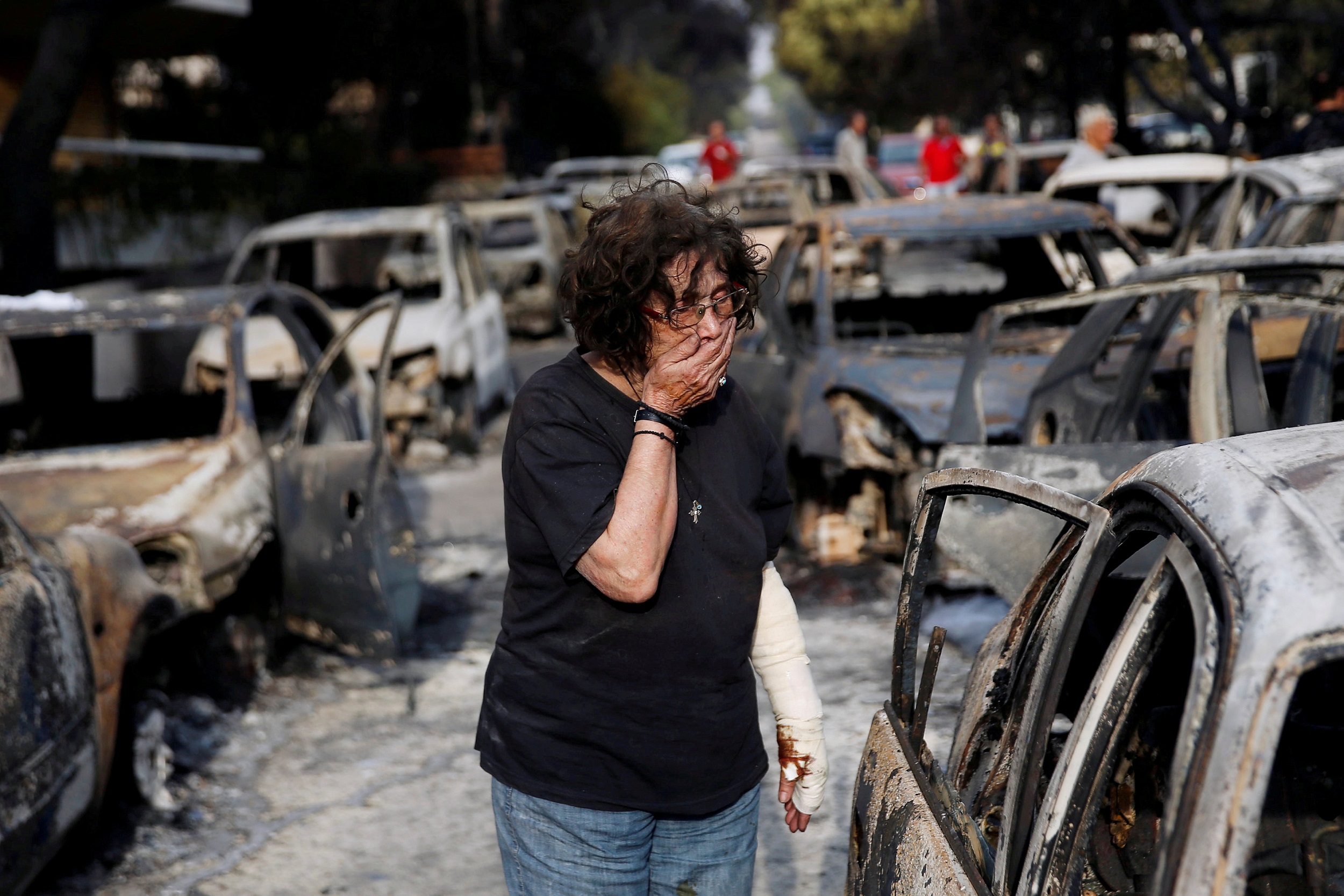 A woman reacts as she tries to find her dog following a wildfire at the village of Mati, near Athens.

ATHENS - When the wind whipping a wildfire through the pine forests around the Greek coastal village of Mati suddenly changed direction on Monday afternoon, it left residents with perhaps 20 minutes to save their lives.

For the 81 or more who died, it was already too late.

"Not even 1,000 airplanes would have helped prevent this catastrophe," said Dimitris Stathopoulos, head of the union of fire brigade employees. "In that cursed hour, the fire became a blowtorch aimed at the settlement."

Fires are not uncommon in Greece&39;s forests, which cover almost half its territory, and the Mount Penteli area has suffered regularly in the past decades.

But until Monday, the wind blew almost every fire inland towards the mountains, shielding Mati from all but minor damage.

On Monday it suddenly swung around to come from the southwest, and picked up speed. Stathopoulos said the time window for any response was roughly 20 minutes.

The Mayor of Marathon, Elias Psinakis, who is responsible for Mati, said that was simply not enough.

"There is a civil protection plan, every municipality has one, but there is no time to do anything when the wind is so strong," he told Skai TV.

And that was when Mati&39;s basic vulnerabilities were suddenly exposed.

"Unfortunately, this area is chaotically built ... people couldn&39;t find a way out to save themselves," Stathopoulos said. "Most of the roads are dead ends ... and the rest are very narrow."

Many Greek villages develop in a haphazard way - houses are often built without planning permission, which is then obtained retrospectively, without full compliance. Homes are embedded among pine trees. Viable evacuation routes are not a priority.

A string of torched cars on a road leading to the beach provide a chilling tableau of the scramble to find an escape route. They only drove into traffic jams or thick, treacherous smoke.

Television footage showed that some cars had crashed in the race to leave, while some ended up nose-to-nose with other vehicles.

"It&39;s tragic, it&39;s really tragic. It looks like the area was hit by a rocket," said Leonidas Leonidou, head of a team of firefighters from Cyprus.

Dozens of people are still missing, and rescue teams are still scouring the scorched land and the sea for survivors.

Stathopoulos complained that some fire hydrants had failed to function.

But he added that this time, the consequences of a decade of national debt crisis that had forced spending cuts in the fire brigade were not the main reason for the catastrophe.

"I&39;ve often protested about shortages of funds or staff, about old equipment," he said. "But this time, none of that could have stopped it."