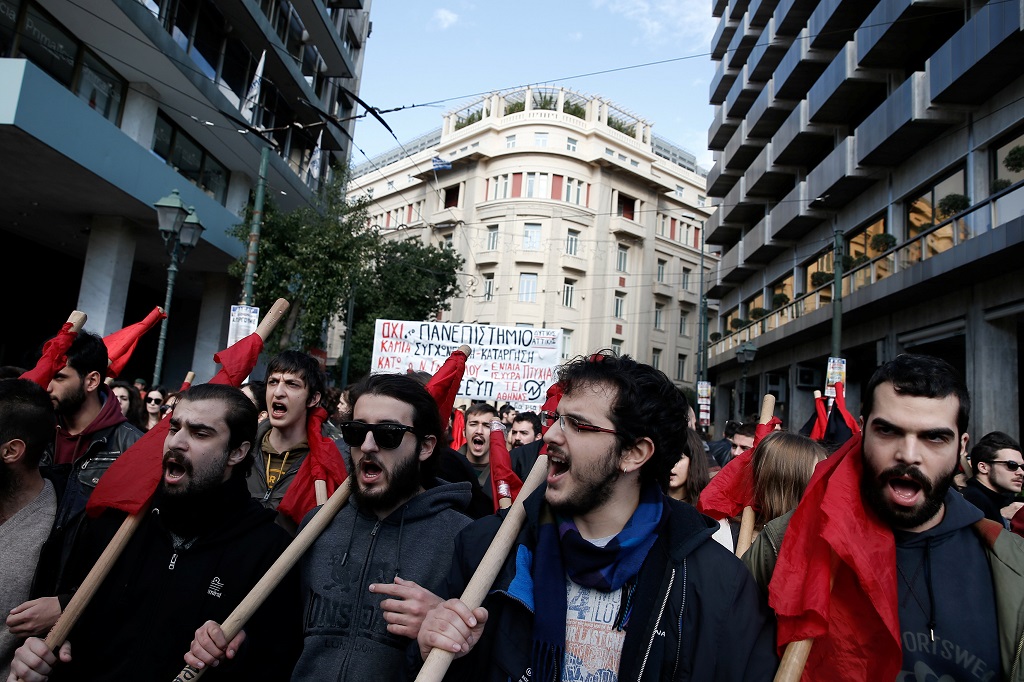 ATHENS - Greeks walked off the job on Thursday in a nationwide strike protesting against austerity measures and reforms that the leftist-led government has agreed to with the country&39;s bailout lenders.

Domestic flights and Athens transport were disrupted, ships remained docked for 24 hours and some public services were shut by the strike organised by Greece&39;s largest labour unions, the private sector GSEE and its public-sector counterpart ADEDY.

The two unions have staged repeated strikes since the first bailout in 2010 but participation has been low in recent years due to inertia and austerity fatigue after three rescue packages and five snap elections in eight years.

At around midday, about 10,000 striking workers, pensioners and students marched peacefully to parliament where MPs have been debating the 2018 budget. A vote on the draft is scheduled for next week.

They chanted: "Take your bailouts and get out of here." Protesters held banners reading "Shame on you!" and "No more lies!".

Greece&39;s fiscal goals have been approved by its European Union lenders and the International Monetary Fund.

Under its latest bailout review, the government has agreed to cut spending further, reduce pensions, complete an evaluation of public sector staff&39;s skills and qualifications and sell coal-fired power stations. It will also tighten the rules for unions to call a strike.

"Hands off unions!" chanted some of the protesters.

The state had adopted "ruthless dead-end policies which were strangling the Greek people", GSEE said in a statement.

Hundreds of thousands of Greeks have lost their jobs during the crisis and a deep recession induced by austerity. Pensioners have seen their income slashed by more than 30 percent.

Prime Minister Alexis Tsipras won power in 2015 on promises to end austerity but later signed up to a new 86-billion-euro bailout that ends in August. He was re-elected on pledges to protect the poor and pensioners as well as workers&39; wages and rights.

With his Syriza party&39;s popularity sliding in opinion polls, Tsipras, whose term ends in 2019, wants to attempt "a clean exit" from the bailout, without additional financial aid from the lenders that usually comes with more conditions.