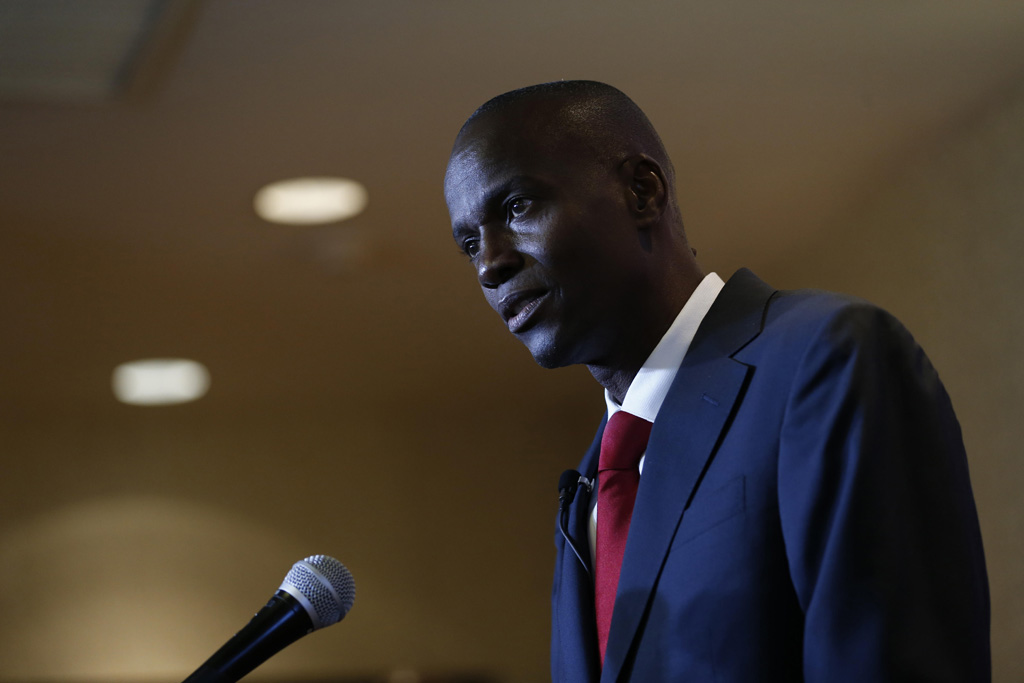 Jovenel Moise won 32.8 percent of the 25 October vote. But the results were tossed by the government after an independent commission concluded the vote had been plagued by "massive fraud."

PORT-AU-PRINCE- Haiti presidential hopeful Jovenel Moise, the top finisher in last fall&39;s invalidated polls, has lamented the time and money lost to the annulled election in the poorest country in the Americas.

Moise -- former president Michel Martelly&39;s hand-picked candidate -- won 32.8 percent of the October 25 vote. But the results were tossed by the government after an independent commission concluded the vote had been plagued by "massive fraud."

To avoid a power vacuum until the next vote can be held, the country&39;s parliament named Jocelerme Privert as interim president after Martelly left office in February.

The first round of the rescheduled presidential election is set for 9 October, with a second round on 8 January. Nearly 6.2 million voters are eligible to cast their ballots.

Moise, a 48-year-old entrepreneur, had never worked in politics before spring 2015, when he was tapped by Martelly to represent the PHTK party in the presidential election.

He is running against 26 candidates and has been targeted with accusations of corruption and money laundering.

"In Haiti&39;s politics, mud will be thrown on your white clothes," Moise said, shrugging off the charges.

"I am someone who has worked honestly my whole life to get to where I am. This is a purely political issue," he said, adding that he had not been contacted by authorities over the accusations.

Another controversy for Moise came after he was seen with Guy Philippe, a senate candidate who is accused of murder.

"Does this incident affect my popularity? I don&39;t think so because I am campaigning and everyone understands what that means: we are here to charm everyone," Moise said. "I didn&39;t have a choice but to speak to him because I am currently seeking votes."

Foreign donors bankrolled much of last year&39;s vote, and the international community has voiced concern that starting from scratch will have serious financial consequences for the country.

Faced with national skepticism about the integrity of elections, the electoral council has unveiled a detailed $55 million budget for the vote as it seeks to provide greater transparency.