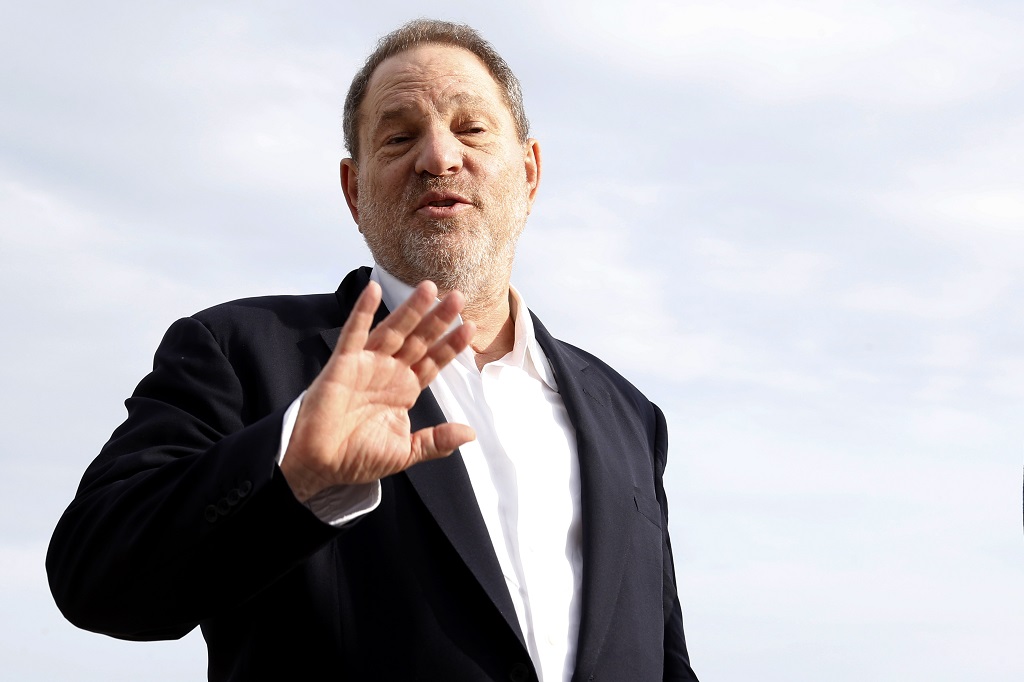 Harvey Weinstein, US film producer and executive producer of the TV series 'War and Peace', at the MIPCOM audiovisual trade fair in Cannes, southeastern France, on October 5, 2015.

The firing came after The New York Times published a bombshell report earlier this week that alleged Weinstein, whose company produced such hits as "The King's Speech" and "Django Unchained", preyed on young women hoping to break into the film industry.

The Weinstein Company fired Harvey Weinstein. They don't care about what he did, it was an open secret - they only care that he got exposed. pic.twitter.com/tUgvJioh3b

The accusers say Weinstein pressured them to massage him and watch him naked and promised to help advance their careers in exchange for sexual favours.

In a statement, Weinstein - a staunch Democratic campaign fundraiser who backed Hillary Clinton in her presidential bid - said he respected all women and was hoping for a second chance while acknowledging he had "work to do to earn it".

A father of two who is married to English fashion designer Georgina Chapman, Weinstein is considered a powerhouse in Hollywood and many of his movies have picked up Oscars over the years, including "Good Will Hunting" and "The Artist".

He formed the Miramax production house in the late 1970s with his brother and then sold it to Disney.