How did Freddie Gray die? 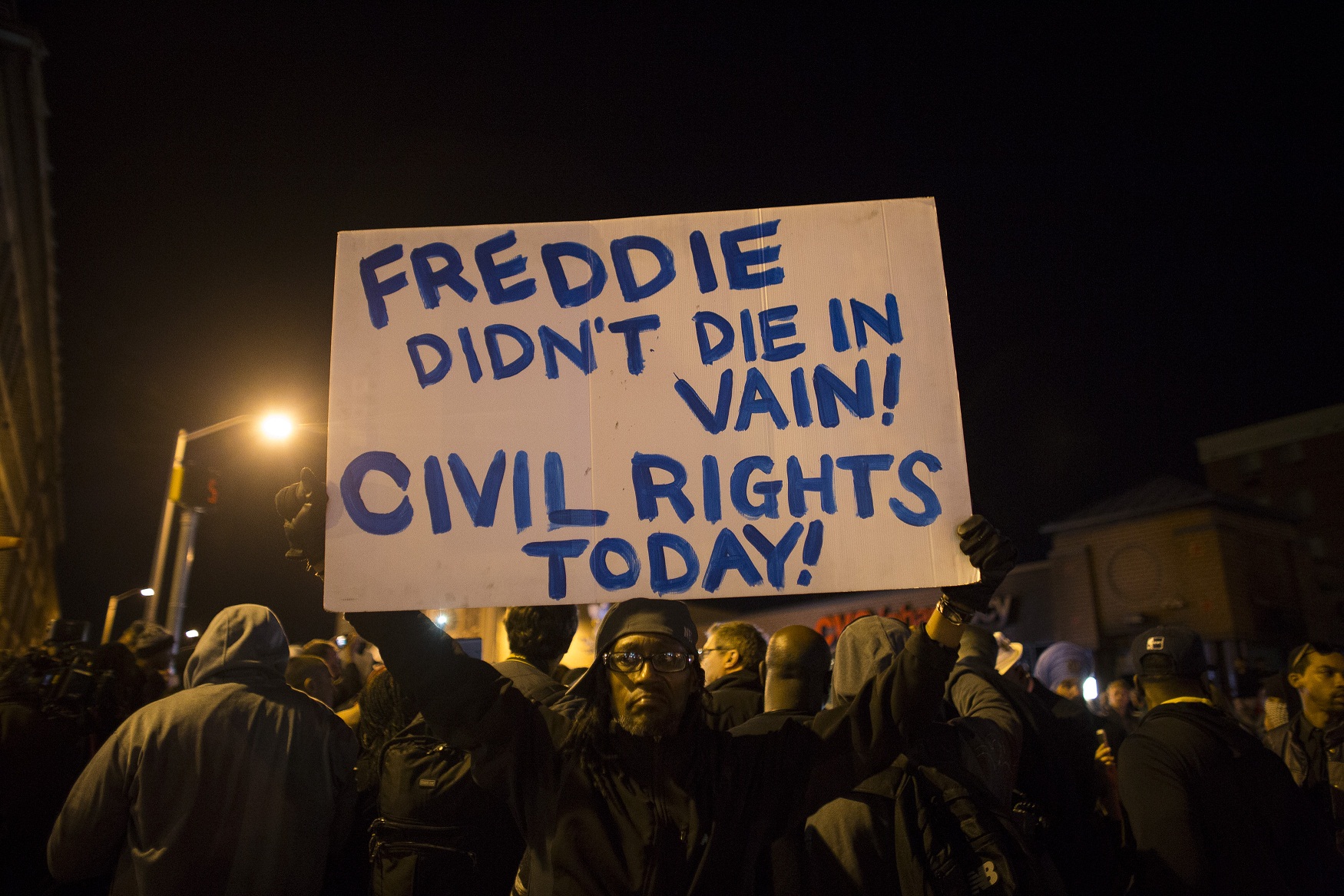 Residents of Baltimore and activists across the United States waited on Thursday for official word on the cause of a black man&39;s death in police custody earlier this month, as protests over the case spread to other cities.

More than 100 people were arrested in New York overnight on Wednesday during protests against police violence, while Baltimore saw a largely peaceful night as a curfew held after rioting over the death of 25-year-old Freddie Gray.

Thousands of National Guard troops and police remained in the mostly black city of Baltimore on Thursday morning to maintain order and enforce a 10:00 pm curfew set after unrest on Monday saw buildings and cars burned, stores looted and 20 officers hurt.

Cities across the country also held demonstrations on Wednesday as part of a movement against racial profiling and police use of lethal force sparked by the deaths of African-American men in Cleveland; Ferguson, Missouri; New York and elsewhere over the past year.

Baltimore officials tried to tamp down expectations that there would be a quick answer on the fate of the six police officers involved in the arrest that preceded Gray&39;s death.

While police plan to turn their report on the incident over to the Baltimore County prosecutor on Friday, they cautioned that it would not immediately be made public.

"We are confident that our state&39;s attorney is going to do what needs to be done," said State Senator Catherine Pugh, who has been a frequent presence on Baltimore&39;s streets the last two nights, referring to Marilyn Mosby, state&39;s attorney for the county.

"We have to give her time and give her office time to wade through the papers they will receive," Pugh said.

New York City police said early on Thursday they arrested more than 100 people, mostly for disorderly conduct, as protesters weaved in separate groups through Manhattan and blocked traffic in a few areas.

The demonstrations from Union Square to Times Square and elsewhere, were reminiscent of protests in December after a grand jury decided against charges in the case of Eric Garner, an unarmed black man who died after a police officer put him in a chokehold.

Smaller protests were held in Boston, Houston, Ferguson, Washington, DC, and Seattle, and a handful of demonstrators were arrested in Denver on Wednesday.

Gray was arrested on April 12 after running from nearby police. He was transported to a police station in a van, with no seat restraint, and suffered a spinal injury that led to his death a week later.

A lawyer for Gray&39;s family says his spine was 80 percent severed at the neck while in custody.

Six officers have been suspended, and the US Justice Department is investigating the incident for possible civil rights violations.

The Washington Post reported on Wednesday night that a prisoner who was in the same van as Gray, but who could not see him, heard him banging against the walls and believed he was intentionally trying to injure himself. The newspaper cited a document written by a police investigator.

Police have arrested close to 270 people since Monday&39;s violence, 18 of them on Wednesday. Police Commissioner Anthony Batts said more than 100 people had been released without being charged, because officials could not keep up with the paperwork, but he said charges would be brought later.

The Baltimore neighborhood that saw the worst of Monday&39;s violence was already filled with burned-out buildings and vacant lots that had not been rebuilt since the 1968 riots that followed the assassination of civil rights leader Martin Luther King Jr.