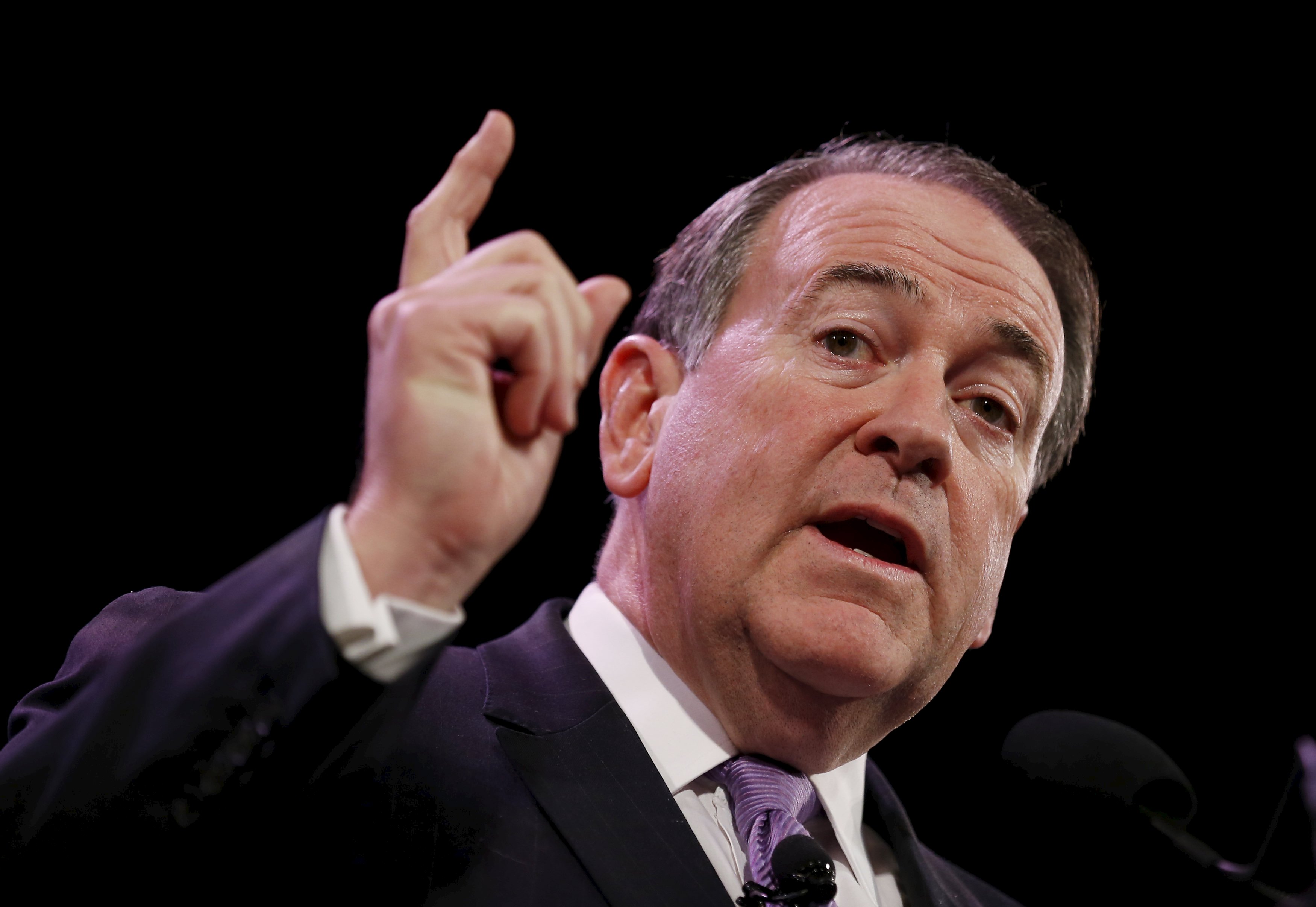 Republican Mike Huckabee speaks at the Freedom Summit in Des Moines, Iowa, on January 24, 2015. Huckabee, a former Baptist pastor and unabashed culture warrior, entered the race for the 2016 Republican presidential nomination on May 5, 2015.

Republican Mike Huckabee announces he will run for U.S. president in 2016

HOPE, Arkansas - Republican Mike Huckabee entered the race for his party&39;s presidential nomination in 2016 on Tuesday, looking to break out from an ever-widening field by drawing on the support of social conservatives attuned to his culture-warrior message.

Huckabee, 59, a former governor of Arkansas and former host of a popular Fox News Channel program, made his announcement in Hope, the small town that both he and Democrat Bill Clinton claim as their home town.