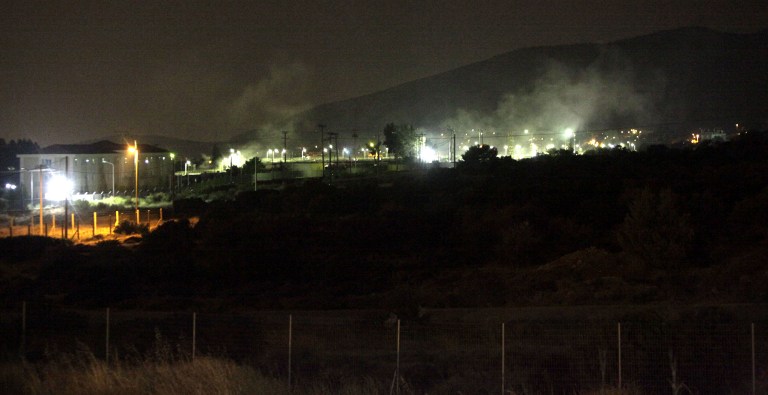 Smoke billows from the Amygdaleza detention camp outside Athens, where some 1,200 mainly Asian migrants are kept under police guard early on August 11, 2013.

ATHENS - A riot has broken out at a detention centre for illegal immigrants in Greece after officials told them that the maximum holding period had been extended to 18 months.

Police used teargas and flash bombs on the rioters and they responded by throwing stones and other objects.

More than 50 illegal immigrants have been re-arrested

Greece has been criticised by human rights groups over the conditions at detention centrse.