IN PICTURES: Life and times of Stephen Hawking 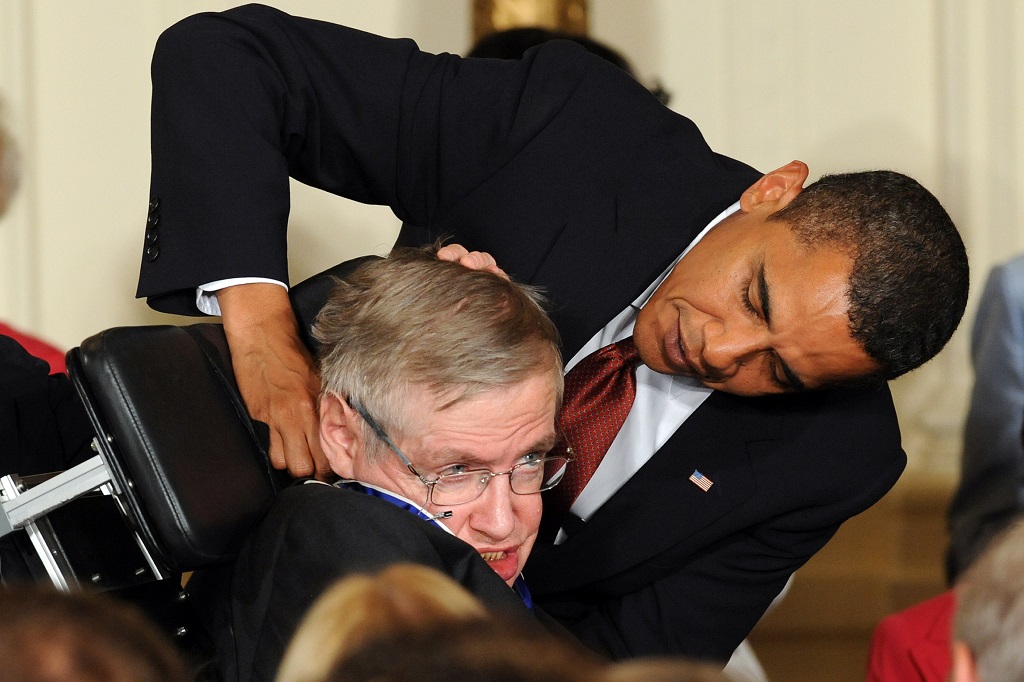 Former US President Barack Obama presents the Presidential Medal of Freedom to British theoretical physicist Stephen Hawking during a ceremony in the East Room at the White House.

LONDON – Stephen Hawking, who sought to explain some of the most complicated questions of life while working under the shadow of a likely premature death, has died at 76.

Messages of support and condolences have poured from all over the globe for arguably the world’s most famous modern-day scientist.

"Stephen Hawking was a brilliant and extraordinary mind - one of the great scientists of his generation. His courage, humour and determination to get the most from life was an inspiration. His legacy will not be forgotten."

"His theories unlocked a universe of possibilities that we and the world are exploring. May you keep flying like superman in microgravity, as you said to astronauts on @Space_Station in 2014."

Professor Stephen Toope, Vice-Chancellor of the University of Cambridge

"Professor Hawking was a unique individual who will be remembered with warmth and affection not only in Cambridge but all over the world. His exceptional contributions to scientific knowledge and the popularisation of science and mathematics have left an indelible legacy. His character was an inspiration to millions. He will be much missed."