Independence wins with 90 percent of votes in Catalonia 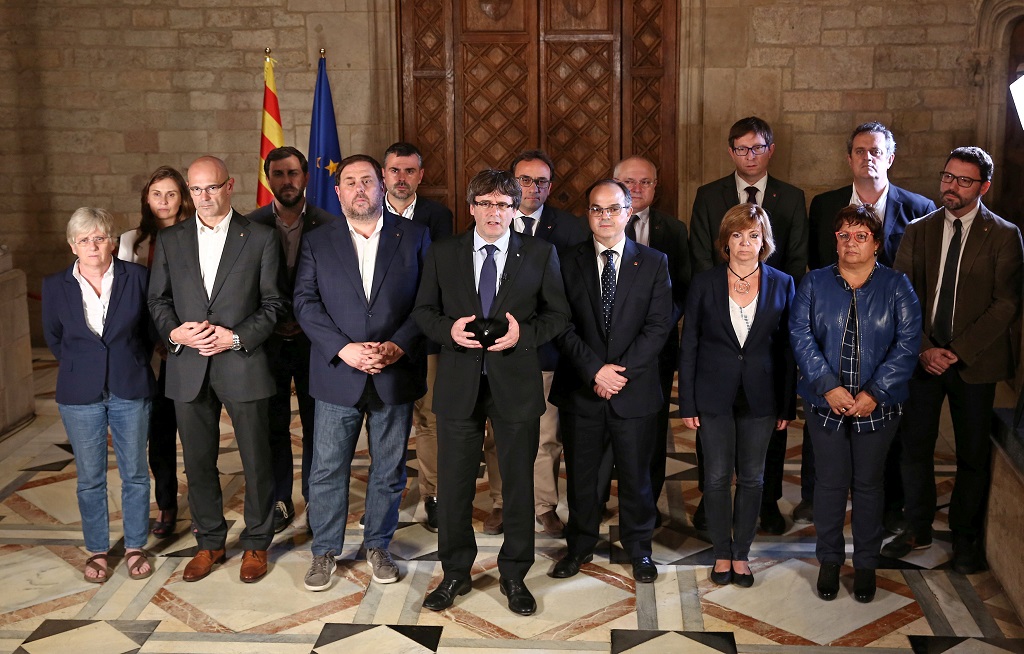 Catalan Regional President Carles Puigdemont (C) is flanked by members of his government as he makes an statement at Generalitat Palace in Barcelona, Spain, October 1, 2017.

SPAIN – Catalonia's government said Monday that 90 percent of those who voted in an independence referendum banned by Madrid chose to split from Spain.

The YES wins with over 2 million votes in Catalonia independence referendum. pic.twitter.com/tIkWDyLyVs

In a press briefing, regional government spokesman Jordi Turull said 2.02 million Catalans voted "yes" to the question: "Do you want Catalonia to become an independent state in the form of a republic?"