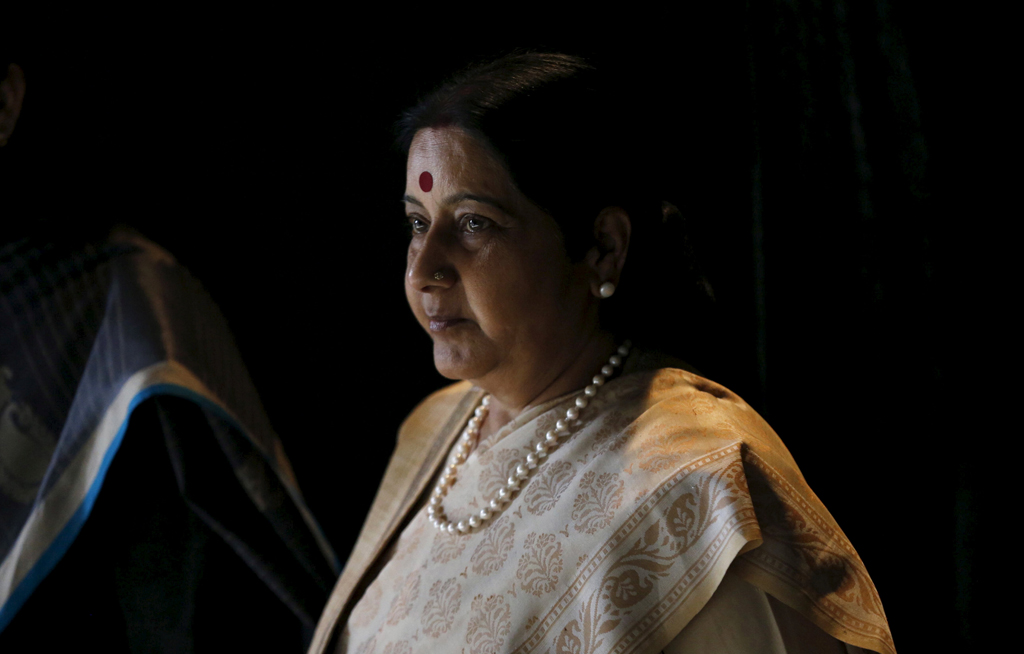 Indian Foreign Minister Swaraj rejects suggestions from US President Donald Trump that some nations were exploiting the global pact.

NEW DEHLI - India never intended to profit from the Paris climate accord, its foreign minister said Monday, rejecting suggestions from US President Donald Trump that some nations were exploiting the global pact.

As he announced the US would withdraw from the climate deal, Trump singled out India and China as two major polluters that he said would gain a financial advantage over the United States under the agreement.

Foreign Minister Sushma Swaraj denied India was acting disingenuously, saying it remained committed to the pact to tackle global warming "whether the US stays in it or not".

"We signed it because of our belief -- a 5,000-year-old belief in the environment. If someone says we signed it for money or under pressure, I'll reject it. It is wrong."

Prime Minister Narendra Modi vowed to go "above and beyond" the Paris deal during a visit to France last week, reaffirming India's commitment as the world's third-largest polluter.

In his speech announcing the US would withdraw from the landmark treaty, Trump repeatedly faulted the agreement as failing to "put America first" and "imposing no meaningful obligations on the world's leading polluters".

"China will be allowed to build hundreds of additional coal plants... think of it. India can double their coal production. We're supposed to get rid of ours," he said in a speech Thursday.

Unlike other signatories to the Paris agreement, India has not agreed to cap or reduce its emissions outright but instead to greatly increase its use of green energy.

This means India's emissions will continue to grow -- but at a slower rate.

India, an energy-hungry giant of 1.25 billion people, has long insisted it needs coal to lessen crippling blackouts and electrify its many regions without access to reliable power.