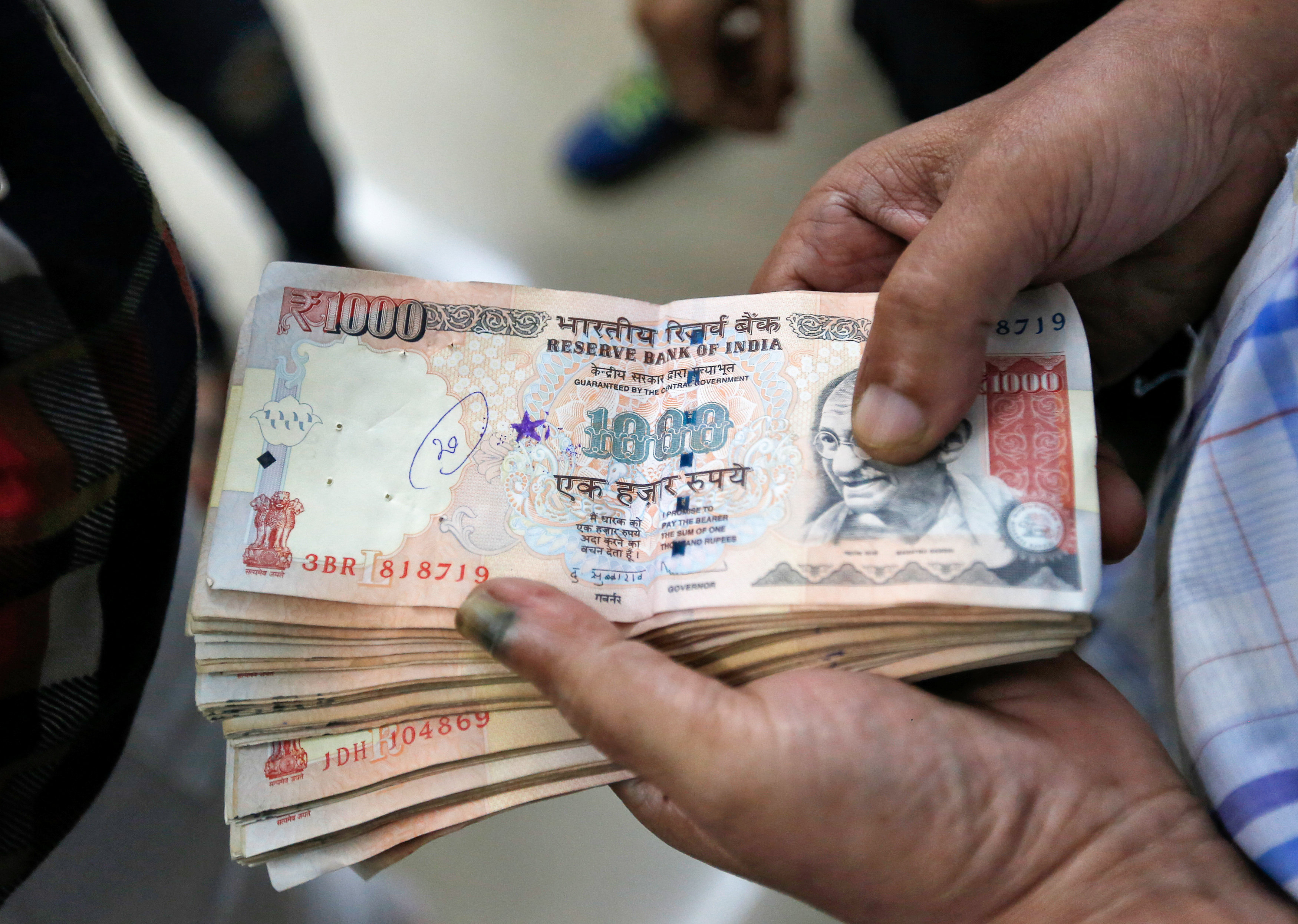 A customer waits to deposit 1000 Indian rupee banknotes in a cash deposit machine at bank in Mumbai, India, November 8, 2016.

Modi said that while people could exchange their old notes for new bills at banks or post offices, or deposit them in their accounts, they would no longer be legal tender from midnight.

"To break the grip of corruption and black money, we have decided that the 500 and 1,000 rupee currency notes presently in use will no longer be legal tender from midnight i.e. 8 November, 2016," Modi said in a televised address to the nation.

"This means that these notes will not be acceptable for transaction from midnight onwards."

The prime minister said that the move was also designed to counter Pakistan-based extremist groups who carry out attacks on India, saying "enemies from across the border" were financing their activities by mass producing counterfeit Indian notes.

The government's finance secretary said in a separate statement that there had been a disproportionate rise in the number of 500 and 1,000 rupee notes in circulation in the last five years.

Modi said that although the existing notes would be "worthless", members of the public would be able to exchange them for new bills at banks until December 30.

He said new 500 and 2,000 rupee denomination notes will be issued later by the Reserve Bank of India (RBI), while other officials said the new bills would be rolled out from Thursday.

Hospitals and transport operators would continue to accept old 500 and 1,000 rupee notes for payment for the next 72 hours.

They would also be accepted at gas stations run by public sector oil companies, and at milk booths, crematoriums and burial grounds.

Since coming to power in 2014, Modi has made the fight against corruption one of the central planks of his governing platform.

While the use of debit and credit cards has increased in the last decade in India, many retailers still either insist on taking cash to evade tax or else ask for mark-ups to cushion the blow.

Finance Secretary Shaktikant Das said the decision to pull the notes from circulation was "a very bold and powerful and a very decisive step to fight the menace of black money and the use of fake Indian currency notes".

Das also appealed to citizens not to allow themselves to be used by others to exchange illegal cash.

RBI chief Urjit Patel told reporters at a press conference in New Delhi that the central bank was "ready to meet such a requirement (for new notes) in weeks and days to come."

"The RBI has been concerned with the growing menace of fake Indian currency notes which has been increasing in numbers," he added.