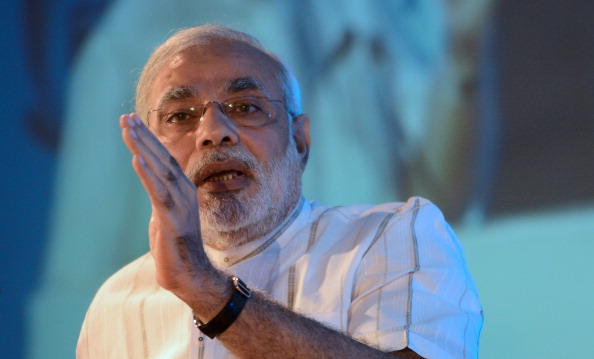 India's prime minister Narendra Modi says that India should respect and protect its women, breaking his silence on a crime wave that included the rape and hanging of two young girls two weeks ago.

NEW DELHI - An Indian state minister who heads the farmers&39; wing of Prime Minister Narendra Modi&39;s party has drawn flak from the opposition for branding as "cowards" some farmers who committed suicide after unseasonal rains destroyed their crops.

Dozens of poverty-stricken, debt-laden farmers have killed themselves in the past two months after heavy downpours flattened rice, wheat and potato crops.

In many rural areas, discontent with government policies is turning to anger against Modi as he completes a year in office.

Tuesday&39;s comments by the farm minister of Haryana, one of India&39;s northern breadbasket states, could further alienate those in the countryside, where the opposition Congress party is trying to broaden its appeal to voters.

"Any farmer committing suicide is running away from his responsibilities, leaving behind his burden on his innocent wife and children," Om Prakash Dhankar, who is also chief of the farmers&39; wing of Modi&39;s Bharatiya Janata Party, told reporters in images aired by national media on Wednesday.

"Such people are cowards. No government can stand by them."

In parliament on Wednesday, Congress leader Rahul Gandhi, scion of the country&39;s most famous political family, pulled up the government for Dhankar&39;s remarks, urging Modi to visit farms and acquaint himself with conditions there.

"The farmers are crying, they are in distress, but Dhankar says those who commit suicide are cowards," said Gandhi, who recently returned from a mysterious eight-week foreign break.

"It would be good if the prime minister goes to Punjab, meets farmers and goes to the wholesale markets," Gandhi added, in a reference to India&39;s top wheat producing state. "He will get to know for himself what&39;s happening."

After Gandhi&39;s speech, Dhankar told reporters he stood by his comment that committing suicide is a crime under Indian law, but added his government had given farmers every assistance.

Experts say suicide is common among poor Indian farmers who borrow money at exorbitant rates, staking everything on the outcome of a single crop, with no farm insurance.