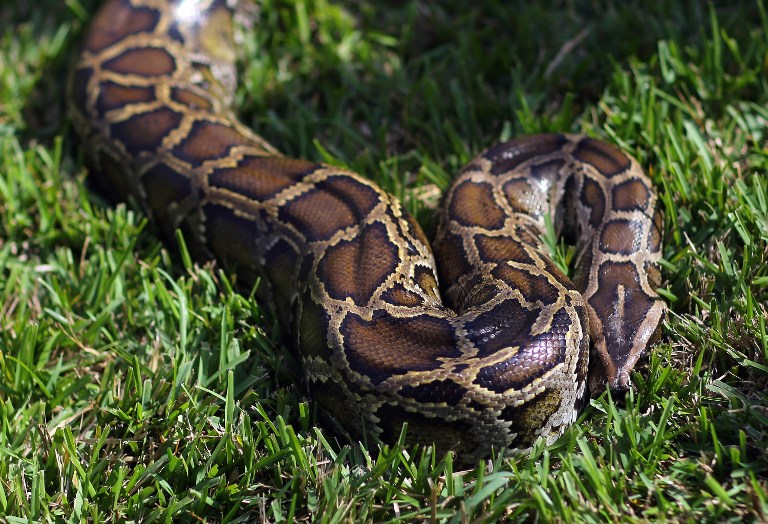 A python escaped its enclosure at a store, got into the ventilation system and slithered into an upstairs apartment, strangling two boys.

INDONESIA – An Indonesian farmer has been discovered inside the belly of a giant python after the swollen snake was caught near where the man vanished while harvesting his crops, an official said on Wednesday.

The body of 25-year-old Akbar was found when local people cut open the seven metre (23 foot) python after it was found bloated and slithering awkwardly in the village of Salubiro, on the eastern island of Sulawesi on Monday.

"We were immediately suspicious that the snake had swallowed Akbar because around the site we found palm fruit, his harvesting tool and a boot," said Junaidi, a senior village official, who like many Indonesians goes by only one name.

Worried relatives launched a search for Akbar after he failed to return home from a trip to the family's plantation on Sunday.

Junaidi said the snake had swallowed the farmer whole, adding that it was the only such fatality recorded in the region.

The breed of snake, which regularly tops 20 feet, is commonly found in Indonesia and the Philippines.

While the serpents have been known to attack small animals, attempts to eat people are rare.

In 2013, a security guard on the tourist island of Bali was killed by a python at a luxury beachfront hotel.