Iraq violence on the rise 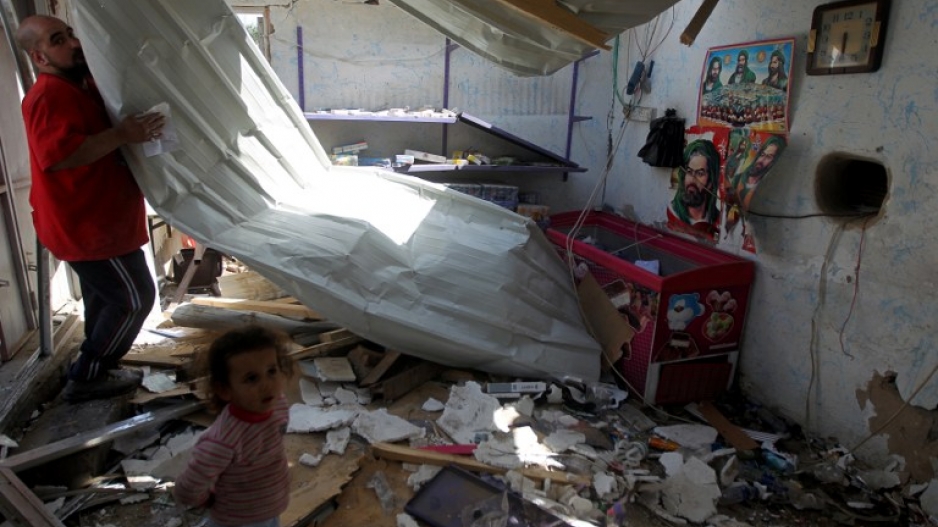 An Iraqi man inspects the damage at his shop in Baghdad on March 15, 2013, a day after militants staged an apparently unsuccessful assault on the Iraqi justice ministry in the capital.

IRAQ - Violence in the country rose sharply in April, killing 460 people, and starting May with attacks that left 13 people dead -- including six police and four anti-Qaeda fighters.

The majority of the April deaths came during a wave of unrest that began when security forces moved on Sunni anti-government protesters in north Iraq, sparking clashes that killed 53 people.

Dozens more people died in subsequent violence that included revenge attacks on security forces, raising fears of a return to the all-out sectarian conflict that cost tens of thousands of lives in Iraq from 2006 to 2008.

The demonstrations erupted in Sunni areas of Shiite-majority Iraq more than four months ago.

Protesters have called for the resignation of Prime Minister Nuri al-Maliki and railed against authorities for allegedly targeting their community with wrongful detentions and accusations of involvement in terrorism.

Unrest in April also wounded 1,219 people, according to the figures which are based on reports from security and medical sources.

Among the dead in April were 54 police, 53 soldiers, 14 Sahwa anti-Qaeda militiamen and two members of the Kurdish security forces.

In March, 271 people were killed and 906 wounded in violence, though those figures only included security forces and civilians.

The month of May began with more deadly attacks.

A suicide bomber targeted Sahwa militiamen in Fallujah, west of Baghdad, killing a police officer and four Sahwa, while a car bomb in Ramadi killed three police and another in the capital left three more people dead, security and medical officials said.

"If the government fails to contain the unrest and address some of the grievances of the protesters, the momentum could certainly build and lead to a reemergence of widespread violence," he said.

The wave of unrest at the end of April raised fears in Iraq of a return to sectarian conflict.

Maliki has warned of "those who want to take the country back to sectarian civil war" and also said that sectarian strife "came back to Iraq because it began in another place in this region," an apparent reference to Syria.

The civil war in neighbouring Syria pitting mainly Sunni Muslim rebels against the regime of President Bashar al-Assad, a member of the Alawite offshoot of Shiite Islam, has killed more than 70,000 people.

Abdulghafur al-Samarraie and Saleh al-Haidari, top clerics who respectively head the Sunni and Shiite religious endowments, have held a joint news conference in which they warned against sectarian strife.

Samarraie said there were "malicious plans... with the goal of taking the country towards sectarian conflict".

Violence in Iraq has fallen from its peak during the height of the sectarian conflict in 2006 and 2007, when death tolls of over 1,000 a month were reported.

But attacks remain common, with people killed on 29 of the 30 days in April, and more than 200 people dead in unrest each month so far this year.