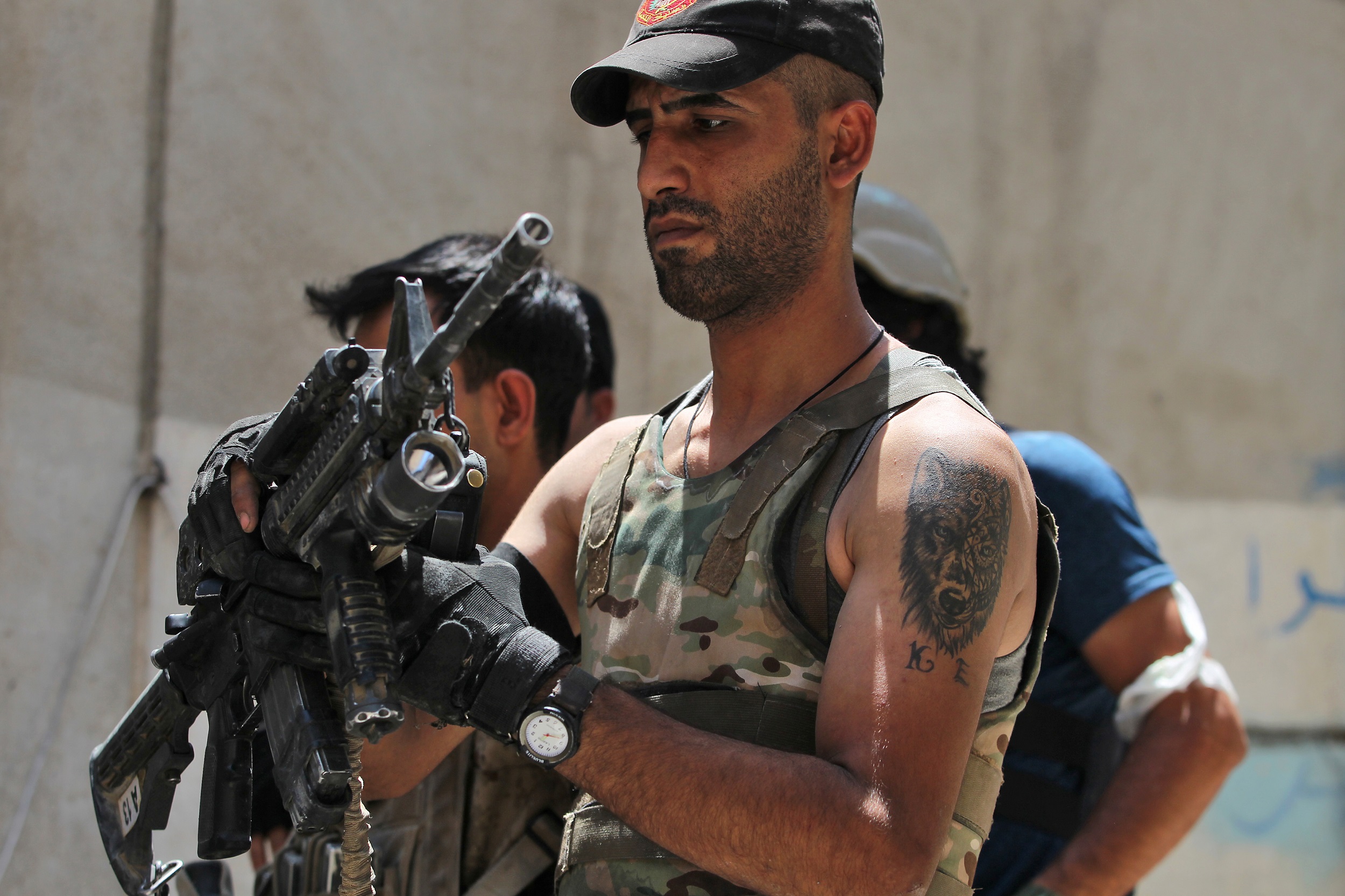 Members of the Iraqi Counter-Terrorism Service advance through Mosul's Old City during the offensive to retake the city from Islamic State (IS) group fighters.

BAGHDAD - Two Iraqi journalists working for Hona Salaheddin television in a village south of Mosul were killed by the Islamic State group, the channel said on Friday.

IS infiltrated Imam Gharbi earlier in the week, seizing territory in the village, and Iraqi security forces were fighting to oust the jihadists, officers said.

"Colleague Harb Hazaa al-Dulaimi, a correspondent for the Hona Salaheddin channel, and Sudad al-Duri, the cameraman for the same station, were martyred" in Imam Gharbi, the channel said.

Hona Salaheddin said another journalist was trapped in the village with the bodies of the two who were killed.

Interior ministry spokesman Brigadier General Saad Maan confirmed that two journalists were killed in the village and said that others were trapped in a house there along with police.

He said security forces were some two houses away from those trapped but were being slowed by IS snipers.

The deaths come after three journalists were killed and a fourth wounded by an explosion last month in Mosul, where they were covering the battle to retake the city from IS.

IS overran large areas north and west of Baghdad in 2014, but Iraqi forces backed by US-led air strikes have since regained much of the territory they lost.