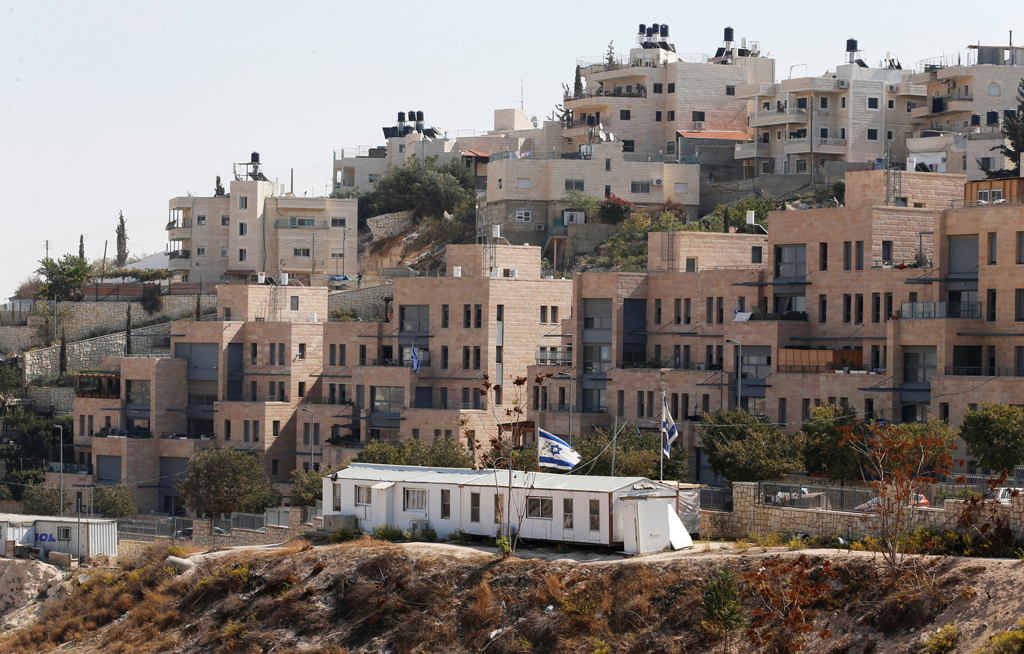 Buildings forming part of Nof Zion, a Jewish settler enclave, are seen in the foreground as buildings from the Palestinian neighbourhood of Jabel Mukaber are seen in the background, in East Jerusalem October 25, 2017.

JERUSALEM - Israeli authorities on Wednesday approved a major expansion of an east Jerusalem settlement, signing off on plans to add 176 homes, the city&39;s deputy mayor said.

The latest approvals come after Israel last week advanced plans for more than 2,600 settlement homes in various areas of the occupied West Bank.

The expansion approved on Wednesday would create the largest Israeli settlement inside a Palestinian neighbourhood of the city, NGOs say.

It will allow the Nof Zion settlement to add 176 housing units to the 91 existing homes.

The settlement is located in the annexed east Jerusalem Palestinian neighbourhood of Jabel Mukaber. The expansion was approved by a Jerusalem planning committee, Deputy Mayor Meir Turjeman told AFP.

However, the property remains the subject of an ongoing ownership dispute between two different firms and the court case must be resolved before construction can move ahead, a spokeswoman for the Peace Now settlement watchdog told AFP.

The approvals were granted but made conditional upon the case being resolved.

Peace Now and other NGOs say the approvals would make Nof Zion the largest Israeli settlement inside any Palestinian neighbourhood of east Jerusalem and possibly also of the West Bank.

Most settlements, particularly in the West Bank, are located outside of Palestinian residential areas. They are typically far larger than Nof Zion.

Jerusalem&39;s status is ultrasensitive and central to the Israeli-Palestinian conflict.

It sees the entire city as its indivisible capital, while the Palestinians want the eastern sector as the capital of their future state.

Actions on the ground

Jerusalem Mayor Nir Barkat said in a statement earlier this week announcing the expected approval of the permits that "we are continuing to build and to strengthen Jerusalem".

"We are reunifying Jerusalem with actions on the ground," he said.

Palestinians and human rights groups however strongly criticised the plans, saying they would further diminish hopes for an independent Palestinian state with east Jerusalem as its capital.

Palestinian cartographer Khalil Tufakji spoke of the "sensitivity" of the area of the project and its "strategic location" south of Jerusalem&39;s Old City.

Government officials have pledged a major boost in settlement home approvals this year, with US President Donald Trump so far much less critical of such plans than his predecessor Barack Obama.

Israeli officials say around 12,000 housing units will be given various stages of approval this year, four times the number in 2016.

Prime Minister Benjamin Netanyahu heads what is seen as the most right-wing government in Israel&39;s history, and settlement advocates wield heavy influence in his ruling coalition.

Settlement building in the West Bank, including east Jerusalem, is considered illegal under international law.

It is seen as a major obstacle to peace as the settlements are built on land the Palestinians regard as part of their future state.

Prominent members of Netanyahu&39;s coalition openly oppose the idea of a Palestinian state and advocate annexing most of the West Bank.

Netanyahu recently said he plans no uprooting of settlements, blaming Palestinian "incitement" and attacks against Israelis, among other issues, for the lack of progress in peace efforts.

A member of his Likud party meanwhile said the ministerial committee for legislation would be giving initial approval on Sunday to a bill that annexes West Bank settlement blocs south and east of Jerusalem.

"The government will approve the Greater Jerusalem Law that will strengthen the eternal capital Jerusalem -- demographically and geographically," Yoav Kisch wrote on Twitter.