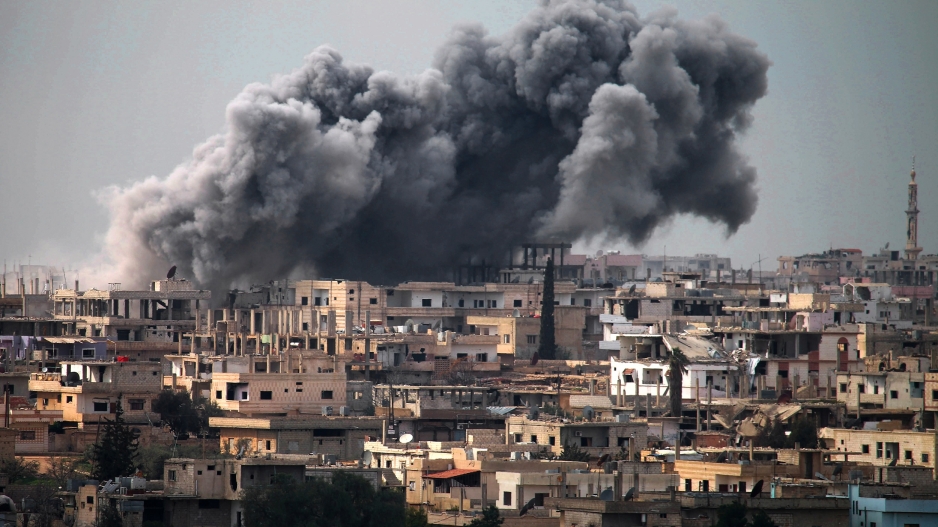 Smoke billows following reported air strikes on a rebel-held area in the southern city of Daraa.

JERUSALEM - Israeli aircraft carried out several strikes on Syria overnight, prompting the launch of ground-to-air missiles in response, one of which was intercepted, the army said on Friday.

It was the most serious incident between the two countries, which remain technically at war, since civil war broke out in Syria in March 2011.

"Several anti-aircraft missiles were launched from Syria following the mission and (army) aerial defence systems intercepted one of the missiles."

None of the missiles hit their targets, the army added.

Both Israeli and foreign media have reported Israeli air strikes inside Syria targeting arms convoys of Lebanese militant group Hezbollah, which fought a devastating 2006 war with Israel and is now fighting alongside the Damascus regime.

The missile fire prompted air raid sirens to go off in the Jordan Valley during the night, the Israeli army said.