Israeli forces in manhunt for attackers who killed settler 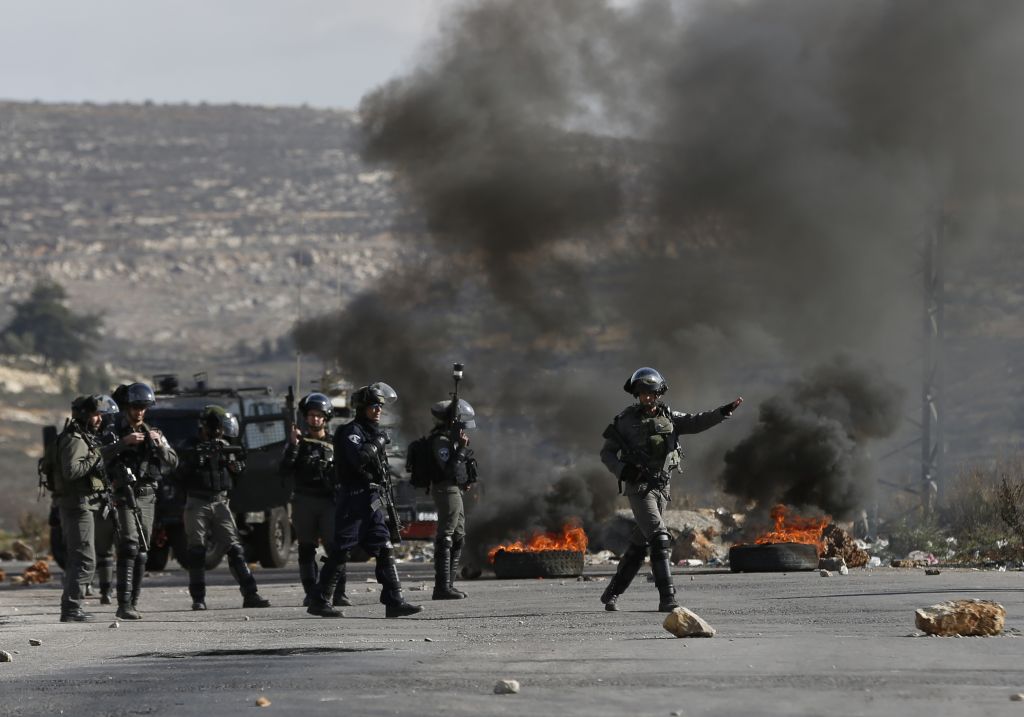 Israeli forces take position during clashes with Palestinian protestors in the West Bank village of Betunia near Ramallah on December 7, 2017.

JERUSALEM - Israeli forces set up roadblocks and deployed around a major Palestinian city in the occupied West Bank on Wednesday in a manhunt for attackers who shot dead an Israeli settler.

Raziel Shevah, a 35-year-old rabbi, was killed late Tuesday while driving near the wildcat settlement where he lived, Havat Gilad near the northern West Bank city of Nablus.

Some 22 gunshots were found in his car, Israel&39;s army radio reported. The gunshots reportedly came from a passing vehicle.

"Entrances and exits to and from the villages surrounding Nablus will be possible only after security checks," the military said in a statement.

"The review of the incident is ongoing. Based on situation assessments, it was decided to reinforce the area with additional forces."

Palestinian security sources said they were not aware of any arrests yet, but added that Israeli settlers in the area had thrown stones at Palestinian cars.

Military chief of staff Gadi Eisenkot visited the site of the shooting on Wednesday.

Shevah was being buried at the wildcat settlement on Wednesday - the first person to be buried there at the wish of his family.

Israeli officials strongly denounced the attack, including those calling for punitive measures against Palestinians, such as the demolition of the homes of the attackers.

Hamas, the Islamist movement that runs the Gaza Strip, welcomed the attack.

Defence Minister Avigdor Lieberman said he ordered his staff to look into how Havat Gilad could be legalised as a settlement.

All Israeli settlements in the occupied West Bank are seen as illegal under international law and major obstacles to peace as they are built on land the Palestinians see as part of their future state.

Israel, however, differentiates between settlements it has approved and those it has not.

Those without approval are referred to as outposts and are typically populated by hardline religious nationalists who see the entire West Bank as part of Israel.

Past attempts by Israeli authorities to evacuate Havat Gilad have led to clashes with settlers there. Some 50 families currently live in Havat Gilad.

Sporadic unrest has occurred since US President Donald Trump provoked Palestinian anger by recognising Jerusalem as Israel&39;s capital on 6 December.

It was unclear if Tuesday&39;s shooting had any link to Trump&39;s announcement.

US ambassador to Israel David Friedman, a supporter of West Bank settlements, said on Twitter: "An Israeli father of six was killed last night in cold blood by Palestinian terrorists."

"Hamas praises the killers and PA (Palestinian Authority) laws will provide them financial rewards. Look no further to why there is no peace."

Some 400,000 Israeli settlers live in the West Bank among some 2.6 million Palestinians.