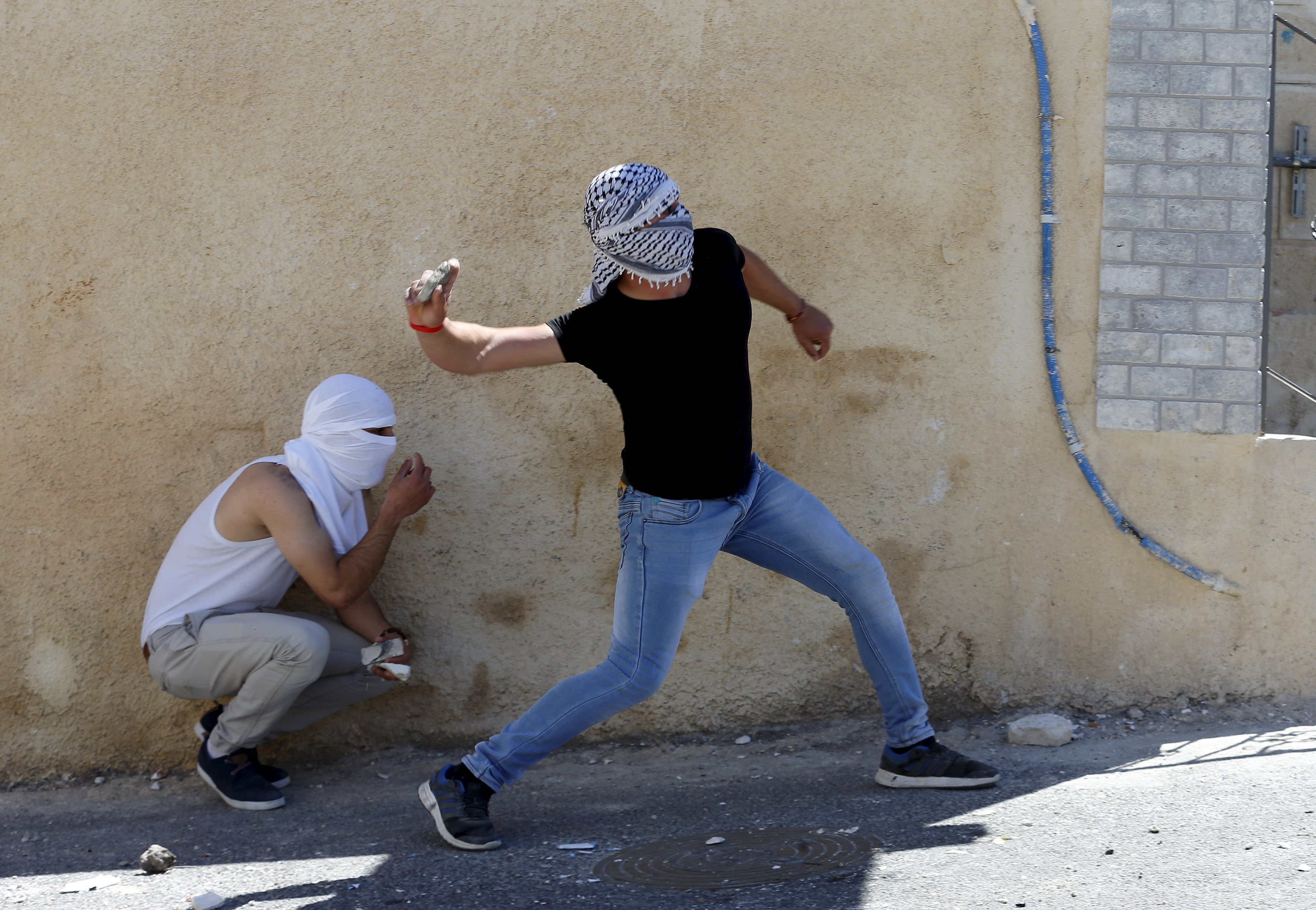 Palestinian youths throw stones towards Israeli police during clashes in the East Jerusalem neighbourhood of A-tur, after a Palestinian youth was killed by Israeli security forces as he tried to attack them with a knife, April 25, 2015.

In the West Bank city of Hebron, a Palestinian was shot dead by a paramilitary Israeli border police patrol after stabbing one of its men in the head and chest, police spokeswoman Luba Samri said. The injured policeman was taken to hospital.

Samri described the dead Palestinian as being around 20 years old. No further details on his identity were immediately available.

Earlier, 17-year-old Palestinian Ali Abu Ghannam attacked Israeli border police with a cleaver at a checkpoint in East Jerusalem and then fled, with troops giving chase and firing warning shots in the air, Samri said.

Reaching a second checkpoint, Abu Ghannam drew another knife and ran toward security guards there. They shot him dead when he ignored their warnings to stop, Samri said.

Abu Ghannam&39;s family rejected the Israeli account of the incident. One relative, Mohammed Abu Ghannam, said he did not believe the boy had been armed and that he had been on his way back from a friend&39;s party when he was killed.

The family were refusing to receive the body, Mohammed Abu Ghannam said, because Israeli authorities had ordered a limit on the number of people allowed at the burial -- a measure often imposed by Israel at the funerals of Palestinian militants in Jerusalem.

Stone-throwing Palestinian protesters faced off with Israeli riot police in East Jerusalem later on Saturday, Samri said, adding that one policeman had been lightly injured.

The Palestinians seek statehood in East Jerusalem, the West Bank and Gaza Strip. But their peace talks with Israel have been stalled since last April.

Violence in the Jerusalem area has flared up intermittently since Israelis killed a Palestinian youth in revenge for the killings of three kidnapped Israeli teenagers last year, just before a 50-day war with the Hamas militants who control Gaza.

Israeli tanks fired at Gaza on Friday after Israel said a rocket had been fired from the territory during Independence Day celebrations a day earlier. There were no casualties in those incidents.